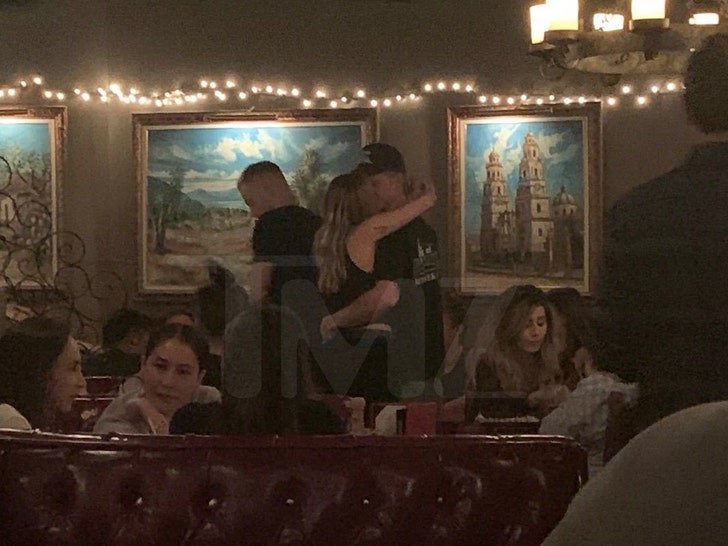 Miley Cyrus and Cody Simpson grabbed a early-night bite — and a kiss too — before hitting up Universal Studios for some scares … a pit stop that ended up costing Cody a bundle.

The singer was out Saturday night with her new Australian beau and a bunch of friends checking out this year’s Halloween Horror Nights. But before they even got there, we’re told the group of about 10 stopped off for some Mexican chow at Casa Vega in Sherman Oaks.

Sources who were present tell TMZ that when it came time to pay the bill, one of Miley’s pals tried paying … but we’re told Cody sneakily slipped his card to the waiter instead.

All told … our sources say the entire meal ended up running him about $1,000. Him paying might explain the smooch Miley planted on him before everyone headed out. 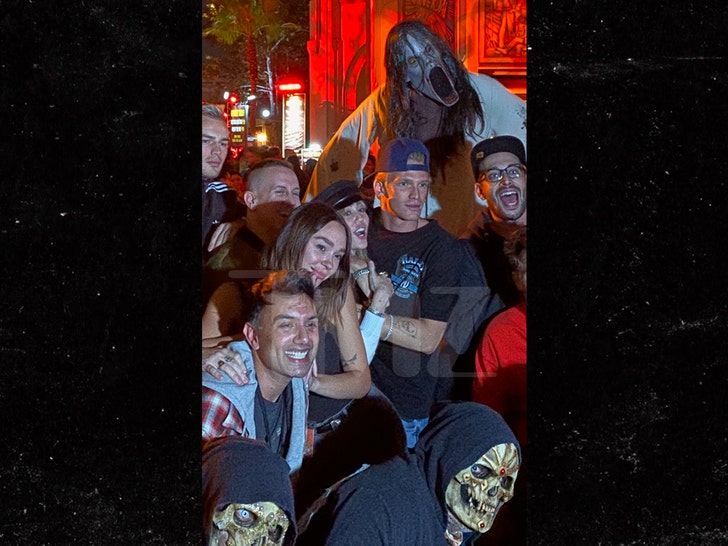 Not long after, Miley and the gang made their way to Universal City, where Miley rocked what appears to be a sexy cop costume, while CS opted for something a little more caj.

The whole posse posed for pics as they made their way around the park, hitting up different haunted mazes no doubt. Gotta say, Cody probably scored some major BF points that night.