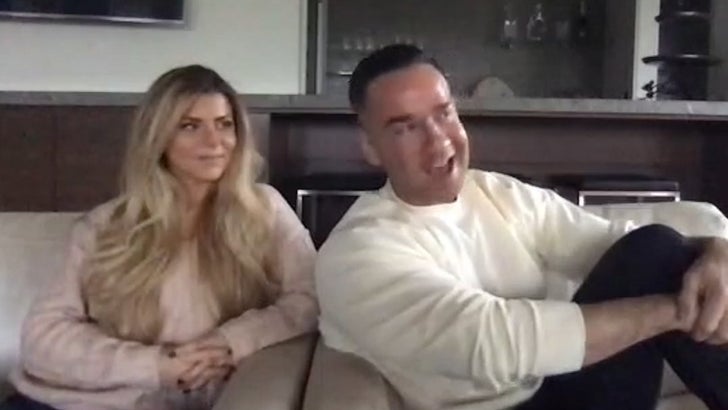 When Mike “The Situation” Sorrentino was about to join the reality TV world on “Jersey Shore,” he prepared in a very interesting way … by smelling what The Rock was cooking.

Mike and his wife, Lauren, were guests on the Hollywood Pipeline Podcast with Dax Holt & Adam Glyn … and he made a huge reveal. He tells them “The Situation” isn’t his normal personality — it’s an amped-up version inspired by his love for wrestling … specifically, Dwayne “The Rock” Johnson.

The Sitch says he wanted to bring something new to the hit MTV series, and while he’s obviously a character on his own … he wanted to make himself “larger than life.” Hence — the nickname, the catchphrases, the abs … and talking about himself in the third person.

Gotta say, it worked pretty well, and Mike sold it as the genuine article … though ya gotta think he really had some GTL experience.

Funny part is, Mike says he ran into The Rock once and got some kudos from the wrestling star for his reality TV performance … and the master didn’t even know he was speaking to his pupil.