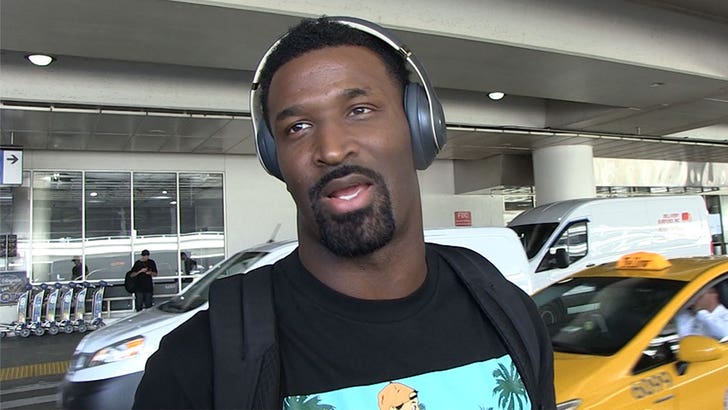 “I think Rodgers is the best quarterback that I’ve ever seen,” Jones says. “Period.”

“If it’s a quarterback that can make special throws, and run out of the pocket and make throws on the run, the first guy you compare him to is Aaron Rodgers,” Jones says.

“‘Cause he’s the first one that we’ve really seen do it consistently and do it at a very high level.”

But, Jones says from a talent standpoint, there’s just never been anybody better than Rodgers — and now that Green Bay’s got a defense … Jones is telling the league to watch out.

“Packers got a big-time defense,” Jones says. “Aaron Rodgers and this offense will get it clicking very soon. So, it’ll be on.”