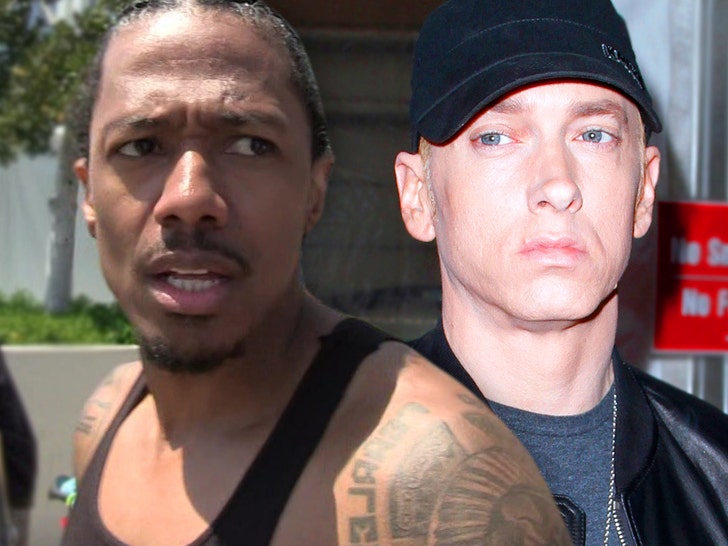 Nick Cannon‘s “The Invitation” is either a brilliant diss track Eminem can’t possibly ignore — or it’s Nick’s eulogy … ’cause everyone thinks Em is about to destroy him.

Gotta hand it to Nick … he pulled out every weapon in his arsenal for this one — including dragging Eminem’s ex-wife and daughter into his verses, and prison phone calls with Suge Knight talking smack about Em.

Suge suggests all of Detroit should give Eminem 24 hours to respond to Nick’s diss track or kick him out of town. Again, a deeply personal shot against the “8 Mile” rapper.

On “The Invitation” — which dropped Monday night — Nick takes a homophobic shot at Em, rapping, “I heard your chauffeur got a video of you suckin’ a c**k.”

That did get Em to respond, on Twitter at least, where he demanded an apology … from “Nicholas.” It’s a very Em response, and you can almost hear the birth of HIS response diss track. 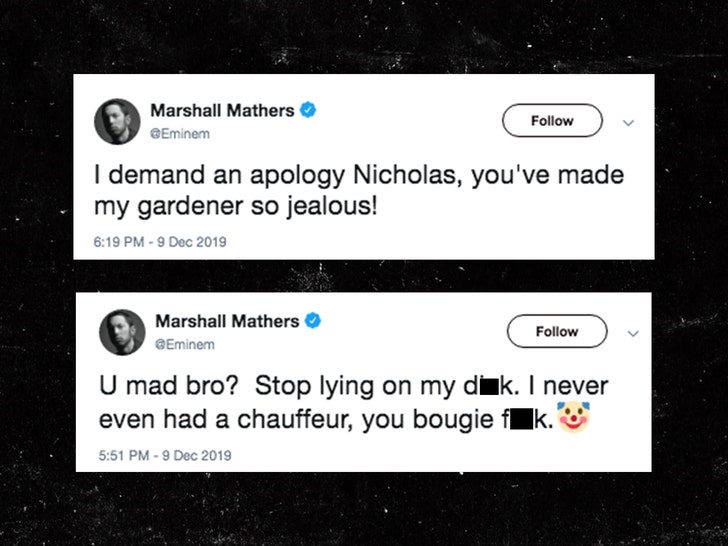 This whole new beef is over the old Mariah beef that was reheated last week when Em rapped on a Fat Joe track about Mariah neutering Nick, and added, “I let her chop my balls off too before I lose to you, Nick.”

Part of Nick’s response in “The Invitation” goes …”My baby mama killed you off a decade ago, You’re still crying about it bitch, now who really the ho?”

Since last week, Nick’s been trying — almost daily — to get Eminem to come on his MTV show, “Wild ‘N Out,” to settle the feud. Nick’s diss track is just the latest, albeit well-produced, attempt to get Em on the show.

Whether or not Marshall does Nick’s TV show, it seems certain he’ll fire back with a track. Of course, 50 Cent‘s biased in this feud, but he more than hinted … Nick should NOT want smoke with Em.

As far as who’s winning this war right now? The internet seems to think it’s Em, since #ripnickcannon is trending.

Careful what you wish for?