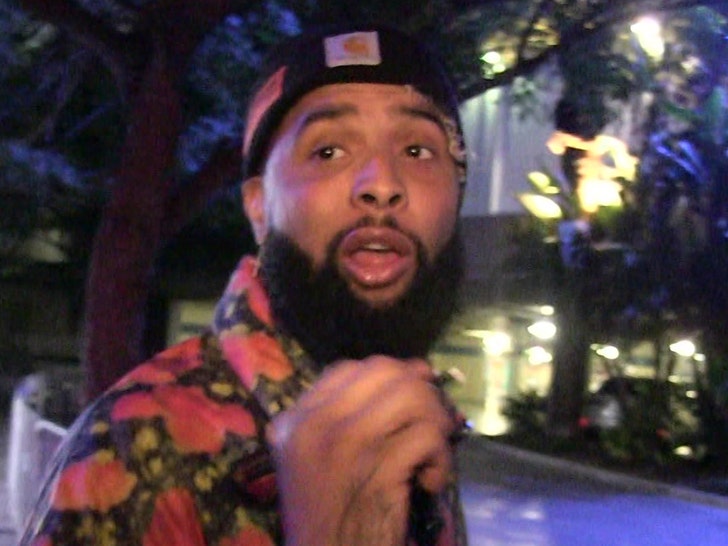 Odell Beckham allegedly let his pal borrow a super expensive BMW — and the guy wrecked it in the Lincoln Tunnel … and now the insurance company is going after Odell for the cash.

It all went down in 2017 when a company called Celebrity Motors says it let the then New York Giants WR borrow a 2017 BMW 650XG (worth around $103k) to drive around town.

Celebrity Motors claims Beckham was the only person authorized to drive the car — but Odell let his buddy Blake Anderson from Louisiana take it out for a spin on Oct. 24, 2017 … and the guy wrecked it while driving like a maniac in the Tunnel, according to the lawsuit.

In the suit, filed by the CM’s insurance company (Lexington Insurance Company), Anderson allegedly “carelessly” cut across several lanes of traffic to try and exit the tunnel, but instead struck another car causing $38k in damage to the BMW.

Lexington Insurance claims Beckham should have known his friend is a terrible and unsafe driver with a multiple traffic infractions and had no experience driving a car with “this kind of power.” They also claim Anderson doesn’t have the means to pay for the damage.

There could be one big issue for the insurance company … they admit in the lawsuit the deal with Beckham was only an “oral agreement” — and he may claim he never agreed to take responsibility for anyone else driving the car.

Either way, Odell can clearly afford it — he’s in the middle of a $95 million contract.