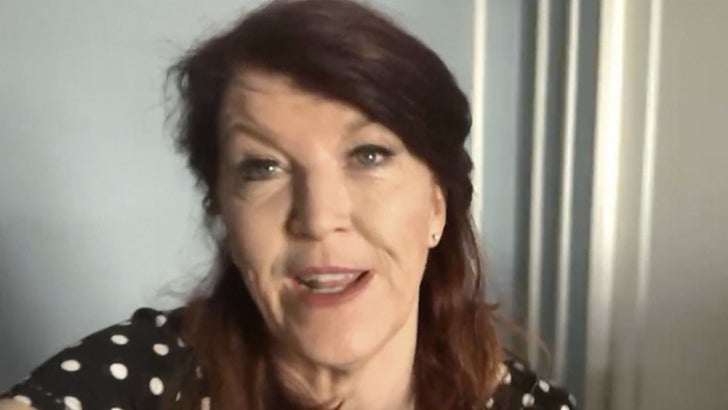 Kate Flannery realizes she probably brought a knife to a gun fight as far as challenging Sean Spicer on “Dancing with the Stars,” but says all his Presidential support might alienate core ‘DWTS’ fans.

We spoke to the ‘Office’ star Wednesday on “TMZ Live” on the heels of her elimination, and asked why she thinks Spicer keeps getting through … despite the judges giving him incredibly low scores.

Kate — who had to bow out after dancing a jive – says Sean’s obviously got the backing of President Trump … which goes a long way in this country. Whether he deserves to be there or not is almost irrelevant —  as she notes, it’s really a popularity contest. 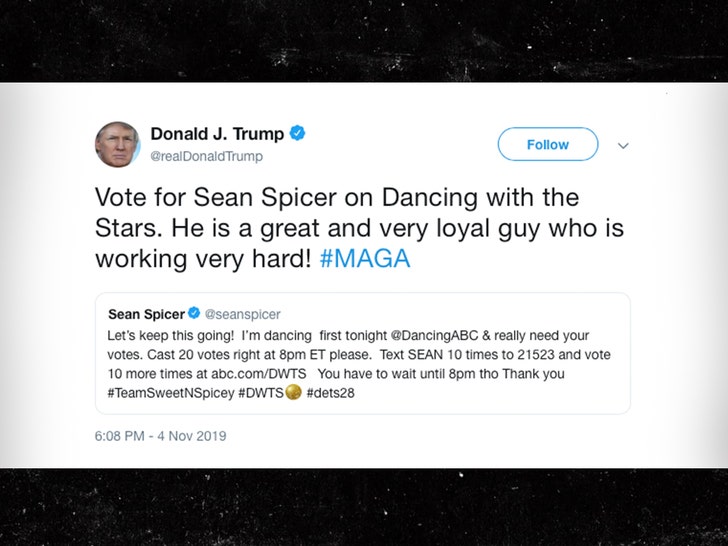 She rightfully points out that she’s got her own fanatic base herself, especially after her old “Office” costar Steve Carell gave her a shout out — and adds that ‘Office’ fans have been more than supportive in her ‘DWTS’ bid.

Monday motivation from the most amazing boss! Thank you so much @SteveCarell I might be wearing the same color tonight on @DancingABC as I did on casual Friday but promise my top will stay on!
You are the best, love you.
PS- you rule @etnow @BrookeAnderson @desireemurphy_ pic.twitter.com/zXhOn3fbib

But, when push came to shove … the power of Trump was too great to overcome for Dunder Mifflinites. And, that’s a shame for dance fans, according to Kate … who says a bad dancer like Spicer winning, purely on fan votes, would hurt the show.

She’s keeping a good attitude about the loss though, thanks to her good friend, Jameson. Yes, THAT Jameson.