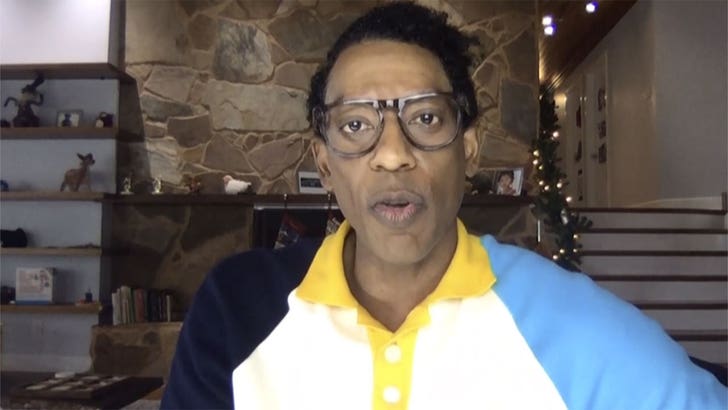 Orlando Jones says he and Gabrielle Union now find themselves in the same boat … speaking out against workplace injustice, and unfair firings, at the hands of the same production company.

The former “American Gods” star came on “TMZ Live” Tuesday to fill us in on his convo with Gabrielle … after they initially connected through social media posts about his firing from the Starz drama.

‘Gods’ and ‘AGT’ are both produced by Fremantle Media, and Orlando says he and Gabby are in very similar situations — they spoke up at work, and suddenly they were both shown the door. In his case, he says the trouble started with a dispute over his writing credit on ‘Gods’ … as a member of the Writers Guild.

As we reported … Gabrielle said she had no qualms risking her job in the name of fighting against misogyny and racism. She’s urged others in her situation to NOT “be the happy negro that does the bidding of the status quo.”

‘Gods’ execs did offer a public explanation for his firing, but watch … he told us exactly why it doesn’t add up.