The Philadelphia Flyers say they found NO evidence to prove team mascot Gritty assaulted a 13-year-old boy in Nov. … but now cops are investigating.

The Philadelphia Police Dept. has confirmed they’re looking into a claim that the person inside the official Gritty costume punched a kid in the back at Wells Fargo Arena (where the Flyers play) during a Nov. 19, 2019 photo shoot fan event. 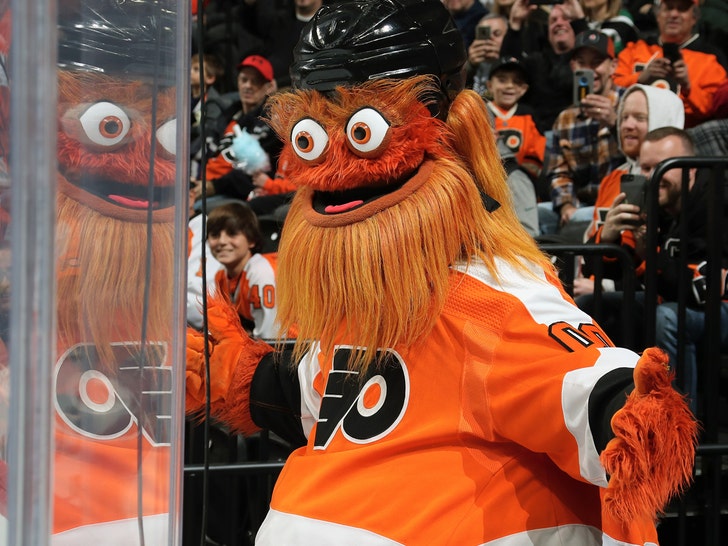 Chris Greenwell — the father of the alleged victim — told the Philadelphia Inquirer his son had “playfully patted” Gritty on the head after taking a picture … but Gritty responded with real violence.

Greenwell claims Gritty “took a running start” and “punched my son as hard as he could” … injuring the child.

The boy went to a chiropractor for treatment where he was diagnosed with a back bruise, according to Greenwell.

Greenwell says he attempted to remedy the situation through communication with officials from Flyers ownership … but after talks soured between the two sides, he went to cops.

A Flyers spokesperson has issued a statement saying, “We took Mr. Greenwell’s allegations seriously and conducted a thorough investigation that found nothing to support this claim.”

When reached by TMZ Sports on Wednesday … Greenwell told us he’s NOT considering a lawsuit against Gritty, adding, “I’m letting the police handle it.”

As for the identity of the person inside the Gritty costume — we asked cops for his name so we could reach out to him or her directly … but so far, we haven’t gotten an answer.