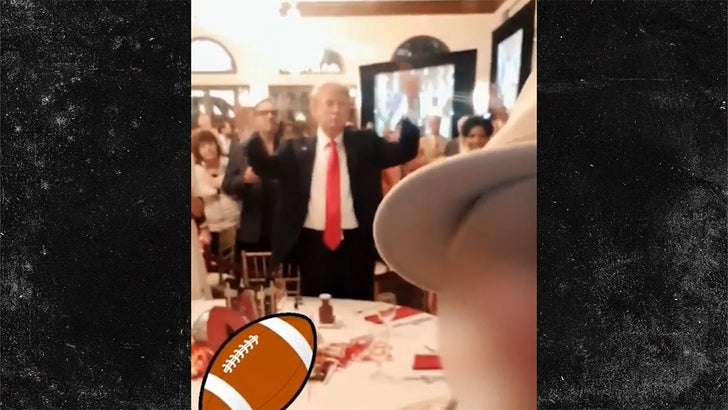 While Jay-Z and Beyonce were sitting during the National Anthem, President Trump was also making a spectacle of himself with lots of … Trump-esq hand gestures.

The Prez held his annual Super Bowl viewing party at Mar-a-Lago, and joined everyone else in the room — standing for Demi Lovato‘s “Star Spangled Banner” rendition — but his behavior was far from traditional. Instead of standing at attention with a hand over his heart — as Melania did — Trump pretended he was conducting the orchestra, and awkwardly pointed at people around the room.

You know by now, Bey and Jay are taking a lot of heat for sitting during the Anthem as they watched live from their seats at the big game. It came off like a protest of sorts … although neither has yet said what message, if any, they were trying to send.

No one could confuse what Trump was doing with a protest, but imagine if Jay-Z was on-camera acting that way during the Anthem.

Y’know Trump would STILL be mid-Twitter rant, nearly 24 hours after the fact.