Prince William Gets Awkward Shrug Off From Kate Middleton on TV

Kate Middleton was NOT in the mood for some PDA from Prince William … or so it sure seemed.

The Duke and Duchess of Cambridge appeared on a BBC special Monday night dubbed “A Berry Royal Christmas” … where they hosted a slew of volunteers from various organizations who plan to volunteer for the holidays.

Near the end of the episode, Prince William and Kate sit down with a group of volunteers … and he tries to gently place his hand on Kate’s left shoulder, but she wasn’t having it. You see her shrug him off. The move’s pretty fast … so don’t blink.

You’ll also notice Kate never stopped smiling during the whole thing. Her facial expression remained the same … big smile. Viewers took notice and quickly took to social media. One person tweeted, “She moved with a quickness.” Another wrote, “Awkward! Too Awkward!! They should have cut it out!” 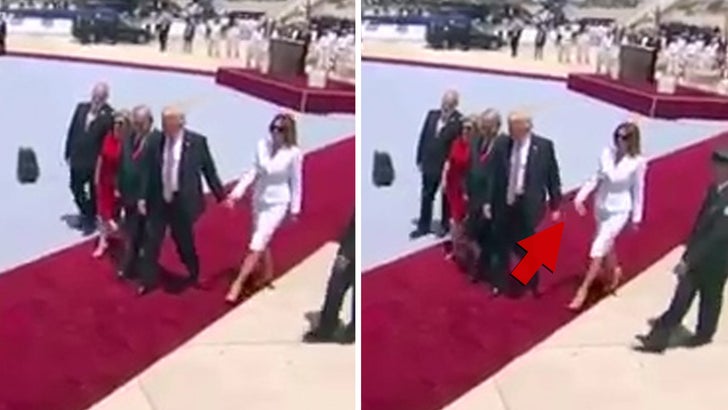 Kate’s move was reminiscent of Melania Trump slapping President Trump‘s hand away back in 2017 after they had just landed in Tel Aviv. You’ll recall he reached for her hand but Melania quickly put the Prez in a no hand-holding zone.

And, remember Trump’s other sorry attempt to hold the First Lady’s hand? SAD!!!