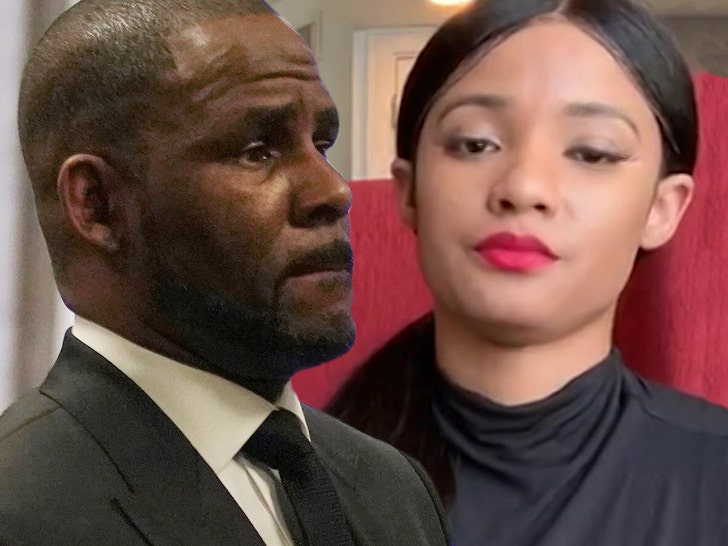 One of R. Kelly‘s alleged sex slaves/live-in girlfriends is breaking her silence on the nature of her relationship with the jailed singer … and it seems she’s turning on him.

Joycelyn Savage — whom her family believes has been under R. Kelly’s control for years now — posted on Instagram Saturday, saying that she’s partnered with a paid-content site called Patreon to put out her side of the story, despite breaking an NDA she says she’s signed.

JS’s IG caption read, “I am risking my life for many others. ‪This story is 18+ and only for mature audience. I want to make sure my story is very detailed as I can remember.” She also used Lizzo’s “Truth Hurts” to tease her new venture … pretty telling if you ask us.

It looks like the first chapter — “Where It All Started” — is out. According to the Daily Beast — which says they’ve read Joycelyn’s debut Patreon post — Joycelyn seems to be throwing R. Kelly under the bus in her initial recounting and is airing his dirty laundry.

She gets into how she met him at a concert when she was 17, going on to say that it was a fun experience that left her with “mixed emotions.” Joycelyn also reportedly added that R. Kelly promised her a music career, allegedly saying he’d make her the next Aaliyah.

Joycelyn then goes on say that she dropped out of college and moved in with him, but says things turned ugly fairly quickly … as she claims he became incredibly controlling.

For example, Joycelyn reportedly writes … “After these couple of months Robert started giving me commands, and making sure I call him by certain names. Like ‘Master’ or ‘Daddy’ which I didn’t really care for at the time.” She continues, “If I wasn’t getting paid or pursuing my dream I would’ve went home, but all of that didn’t stop just yet.”

Joycelyn adds, “But It started getting worse by day by day, he would raise his voice at me if I didn’t call him by those two names. If Robert called me I would have to reply with ‘Yes, daddy’ or ‘Please daddy’ he was so controlling.”

She then claims R. Kelly threatened to torpedo her career if she ever left him or tried talking to her parents in private. Joycelyn claims R. Kelly said, “All this can stop today, you want a career? Or do you want to live a normal life.”