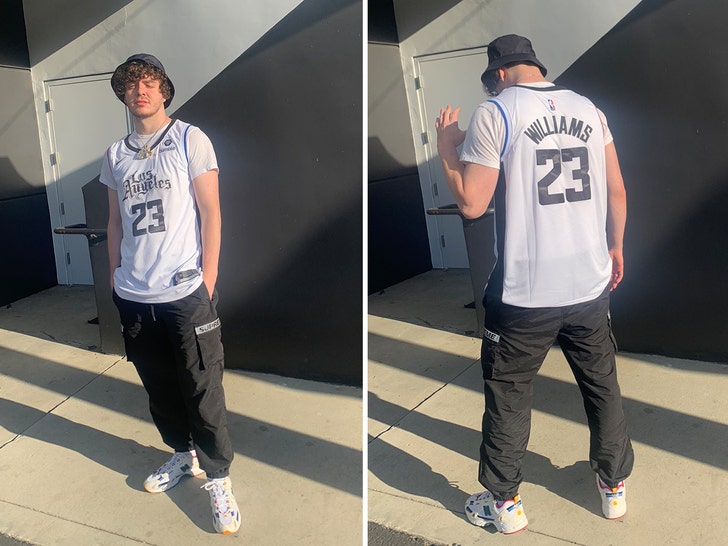 Here’s rapper Jack Harlow showing love for his pal, Lou Williams — just days after accidentally exposing him in a strip club incident that rocked the NBA.

Yep, it was Harlow who posted — and then quickly deleted — a pic of the L.A. Clippers star at Magic City last week which landed Williams in some hot water with the league. 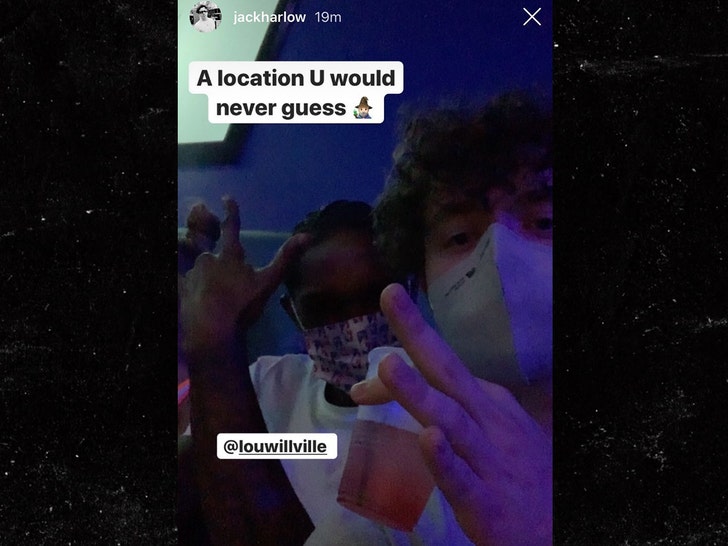 Remember, Williams had received permission to leave the NBA Bubble in Orlando to attend a funeral in Atlanta … and was ordered to stay away from places with a high COVID exposure risk.

Of course, Williams insists he was only at the club for 20 minutes to pick up some chicken wings — which are apparently AMAZING — and didn’t put himself in harm’s way.

The “What’s Poppin” rapper TRIED to lie to cover for his friend — initially saying the pic was a throwback — but the truth eventually emerged.

Williams is now serving a mandatory 10-day quarantine so he can get back into the bubble.

In the meantime, Harlow is now in L.A. where he was spotted in Lou’s Clippers jersey.

Soooooo …. water under the bridge?!