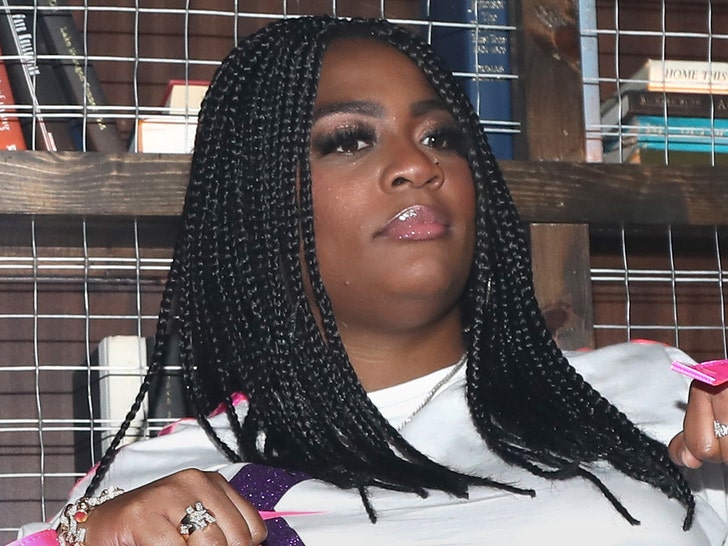 Rapper Kamaiyah had a blast at a private movie screening in a snazzy condo complex — and by blast … we mean she allegedly fired a gun and promptly got her ass arrested.

Police say Kamaiyah was hanging out at an apartment building in the San Fernando Valley … where she and some friends made their way into the facility’s movie screening room. Not a theater, per se … but close enough.

Anyway, on surveillance footage reviewed by management — and eventually by law enforcement — a woman cops believe is Kamaiyah was seen pulling a handgun from inside her bag before letting a round go in the room. She darted shortly afterward.

Law enforcement sources tell us it appears the discharge, during the screening last month, was accidental and the gun went off as Kamaiyah was playing with it. We’re told she wasn’t arguing with anyone beforehand … so there’s no reason to think the bullet was meant for anyone.

According to the arrest report, obtained by TMZ, Kamaiyah wasn’t arrested until just a couple weeks ago when a warrant was issued and cops located her. We’re told they found what they believe to be the same gun used at the complex.

She was booked for felony negligent discharge of a firearm and was released on $35,000 bond.

Something tells us Kamaiyah can afford that. She’s been blowing up lately doing songs with YG, Quavo and Tyga. As she might say herself, “F*** It Up” … just don’t get arrested!!!