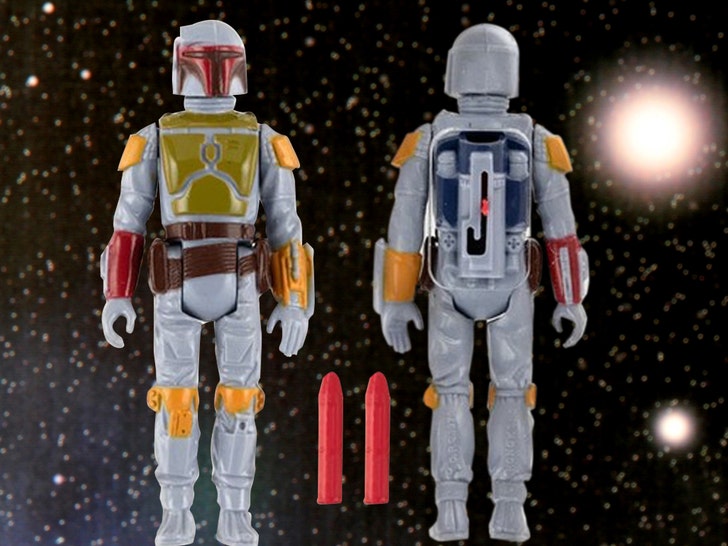 If you’re rich and a huge ‘Star Wars’ nerd … GET YOUR WALLET READY!!!

The most-rare, sought-after, expensive ‘Star Wars’ collectible ever is about to hit the auction block — a missile-firing Boba Fett action figure … and it could fetch around $500,000!!!!

It’s called the “Boba Fett J-Slot Rocket-Firing Prototype” — it was debuted at the 1979 New York Toy Fair … but never released to the public because officials at Kenner worried the “missile” could be a choking hazard for kids.

A revised version of the Boba Fett figure was released, but without the missile-firing function. Still cool, but not as fun! And, not nearly as valuable. 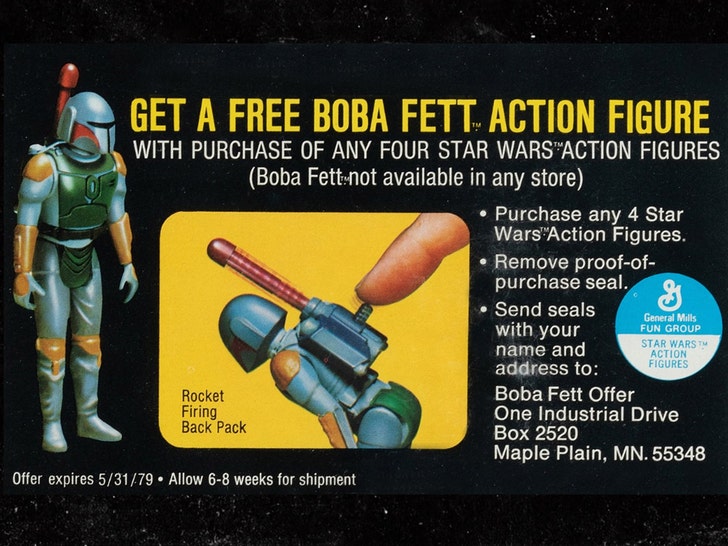 There are reportedly only around 25 of the rare J-Slot Fett’s (with the rocket) in existence — most of which are in bad shape — and the good ones rarely go up for auction.

But, one has made its way to Hake’s Auctions in New York where it’s officially on the auction block … and fans are FREAKING THE HELL OUT!

There have already been 13 bids on the item and the current price is $133k — but the auction doesn’t close until Nov. 7 and officials are expecting a bidding war to drive the price way up in the final days/hours.

In the past, rare Fetts have fetched anywhere between $80k and $150k — and a similar piece was featured on “Pawn Stars” a few years back.

But, on the new auction site, Hake’s estimates the value could reach $500,000 … which is only slightly less than the $650k Mark Hamill was reportedly paid for starring in the original ‘Star Wars’ movie!

May the force be with you …