Rebecca Black’s Been Getting Major Love Since ‘Friday’ Anniversary Post 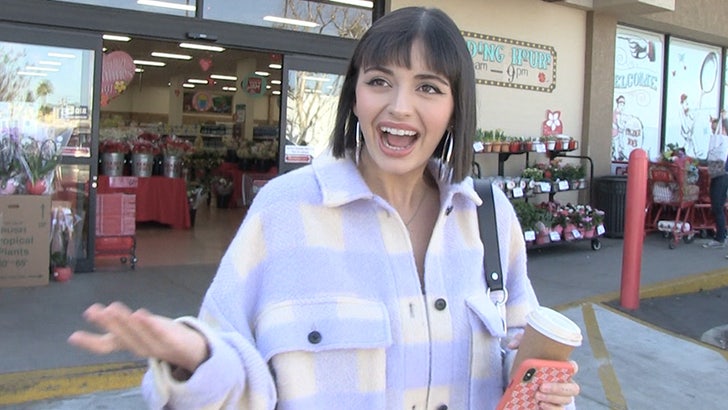 Rebecca Black poured her heart out for the anniversary of her song, “Friday,” and says the honesty paid off … and might even unlock some doors in the near future.

We spoke to the singer Wednesday in L.A. after she posted an emotional reflection on her viral hit 9 years to the day that it went up on YouTube … which she tells us has been reciprocated with folks opening up to her right back, and being just as vulnerable.

ICYMI, Rebecca said she wishes she could go back in time and talk to younger versions of herself, whom she says were going through it in the wake of the earworm … and all the hate that followed. RB says she went through depression, rejection and food feathering.

She found the light at the end of the tunnel though … adding that despite all that, she now knows no one thing has to define a person — and each day is an opportunity to start fresh.

As it turns out, the message resonated with a ton of people, who’ve been blowing Rebecca up with support and stories of their own. Check it out … she tells us she’d never been quite that honest about her experience, and it clearly struck a chord in a good way.

When it comes to regrets … Rebecca says she doesn’t have any and actually doesn’t think she would have stopped herself from doing the song/video if she knew what was to come.

We’ll let her explain why for herself. But, get this … a super-famous music producer has apparently been in touch with Rebecca. For new tunes??? Maybe … a “Friday” remix might be in the cards, folks.

Run it back for old time’s sake.