Rep. Tulsi Gabbard just slapped a lawsuit on Hillary Clinton, claiming the former Secretary of State attacked her character simply because Tulsi refused to back her in 2016.

The current presidential Democratic candidate and Congresswoman claims in new court docs that Clinton was out to ruin her campaign this year … and took deliberate steps to torpedo her chances. Specifically, Tulsi mentions the “Russian asset” comment HC made. 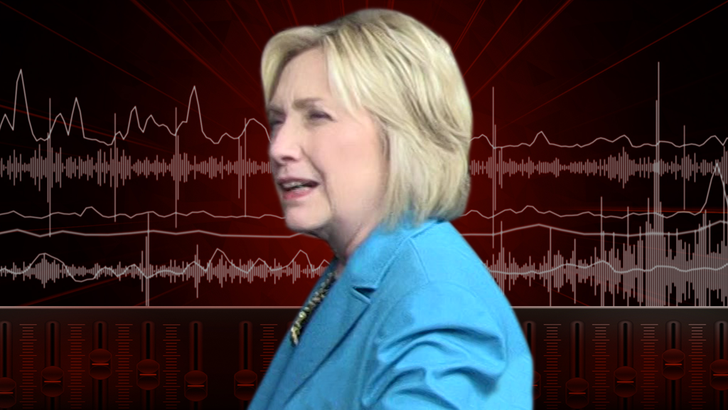 You’ll recall … Hillary said on a podcast, “She’s the favorite of the Russians. They have a bunch of sites and bots and other ways of supporting her so far.”

Tulsi claims Hillary later repeated the allegation in an interview with CNN. The “Russian asset” topic’s also come up during debates … and Tulsi’s always firmly denied it. 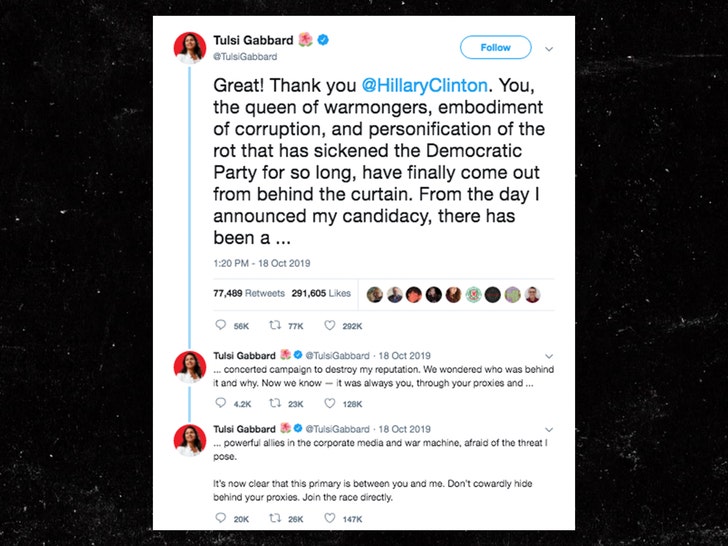 In her lawsuit, Tulsi cites national polls, and claims millions of Americans bought the misinformation — which effectively harmed her reputation. As for why Hillary said what she said … TG believes it’s rooted in the 2016 election … when Tulsi endorsed Bernie Sanders.

Tulsi says she was one of the few Dems to back Bernie instead of Hillary. According to the suit, she believes Hillary’s just looking for revenge.

Rep. Gabbard is suing Hillary for damages in excess of $50 million and wants a court order forcing Hillary to stop dropping the “Russian asset” dig.