Rihanna Bumps Into Paul McCartney on Flight to London 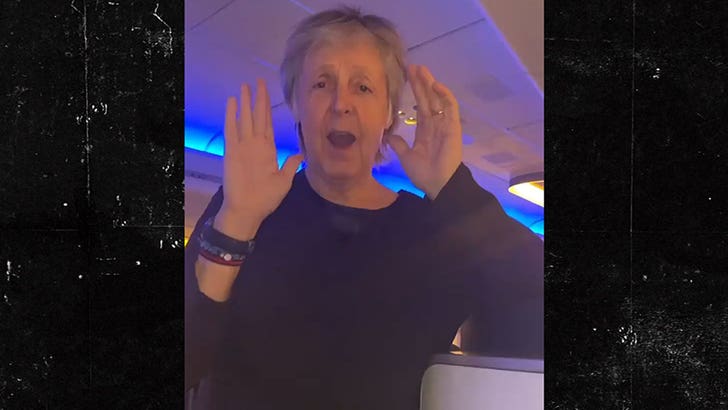 Rihanna and Paul McCartney just proved they truly are two peas in a pod — but in this case, they were two passengers in a plane.

The singers bumped into each other Friday while on a commercial flight to London — in which they were both riding first class, of course. RiRi documented the whole run-in … and it’s a sweet moment. Must’ve also been pretty awesome for the other passengers on board.

In her vids, Rihanna says she’s about to put Paul on blast … and then jokingly asks out loud how is it possible he’s on her plane. PM played along, pretending not to know her. 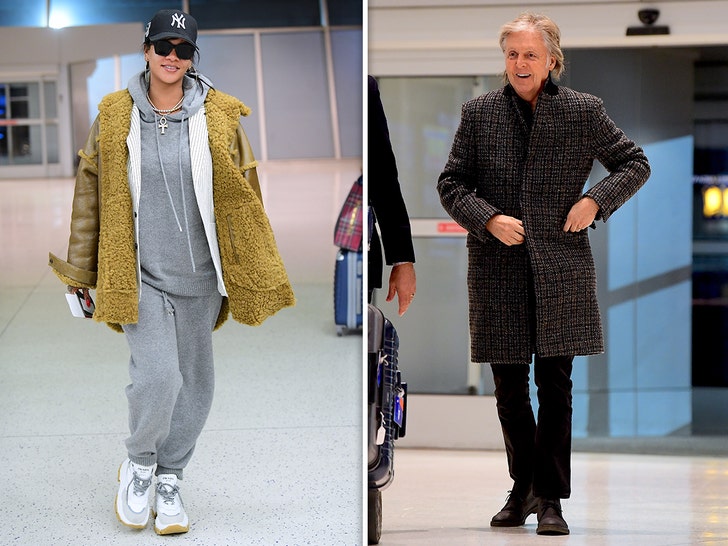 Rihanna calls herself a peasant, and Paul ribs her by backing that up (all in jest, mind you). Check it out … they clearly have a ton of fun together, and it’s all love between ’em. Later on, they were seen arriving at the same airport, London’s Heathrow … all smiles.

As you might be aware, Paul and Rihanna are certainly no strangers to each other. Outside of being some of the biggest names in music, they actually collab’d on a song in 2015.

The track’s called “FourFiveSeconds” and it’s a pretty folksy type of tune — right up Paul’s alley, and RiRi and Ye‘s too as it turned out. And, on that note, take it away y’all!!!