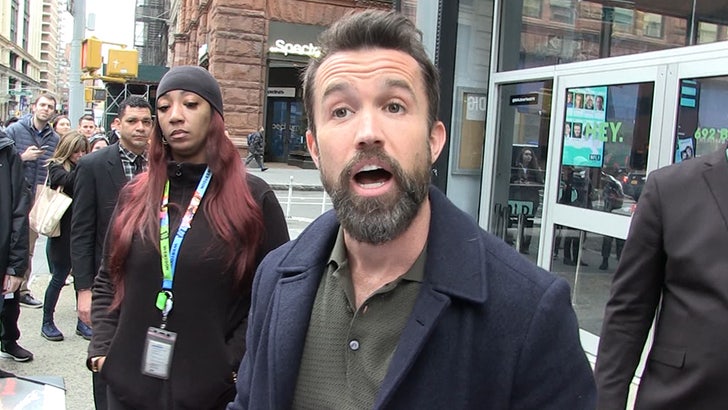 Rob McElhenney‘s not on board with Robert Pattinson being declared “The Most Handsome Man in the World,” because when it comes to good looks … he believes an American actor’s the cream of the crop.

But no, it’s not his good buddy, Charlie Day.

The “It’s Always Sunny in Philadelphia” star was signing autographs outside Build NYC Wednesday when we told him the news — Pattinson’s #1 over guys like Brad Pitt, Idris Elba, Henry Cavill and George Clooney … at least according to the “science” of the Golden Ratio of Beauty Phi.

Rob says no way — it’s Brad all day … and even debates a fan why Cavill’s not tops for him.

As for his personal place on the hunk-o-meter (again, this is not very scientific), Mac’s pretty modest … though ranking David Letterman above him makes sense, especially if beards are factored in.