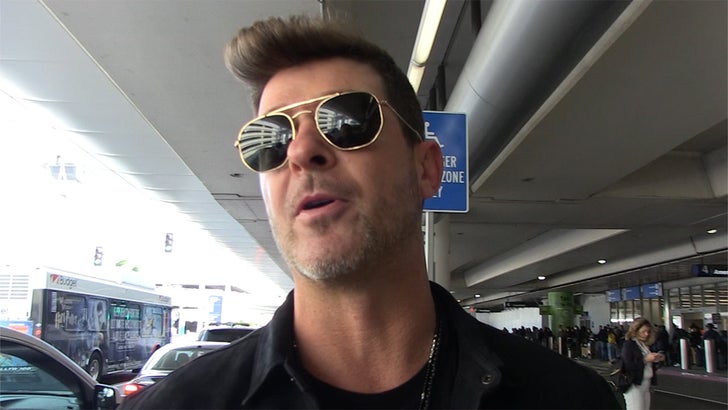 Robin Thicke doesn’t care if Jay-Z sat or stood for the National Anthem — all he knows is the guy’s getting people talking about issues bigger than football … and that’s a good thing.

We got the singer Monday at LAX after Super Bowl weekend and asked what he made of his Roc Nation family member, if you will, parking it with his wife and kid during Demi Lovato‘s performance Sunday. Kinda surprisingly, Rob doesn’t think it’s that controversial.

RT — who’s part of the Roc Nation family now — says he’s well aware of what Jay and the rest of the team are trying to do … and that’s to bring light to the fact that people of color are losing their lives at alarming rates. If Jay’s gotta sit to remind folks of that, so be it.

Rob makes it clear … Jigga knows what he’s doing, so he doesn’t question the dude’s motives. He also clarifies he himself is in a supportive role, not so much an active one.

The one thing he couldn’t quite answer, though — why the mixed messaging from Jay? Whatever the reason, Robin’s got faith his boss knows how to handle things.