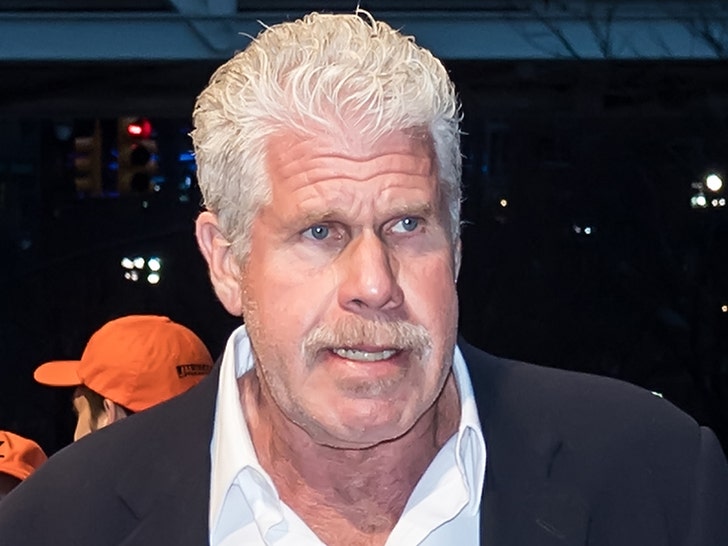 Ron Perlman was shooting a movie scene when an out-of-control truck plowed into a group of crew members — injuring one of them — but it sounds like it could have been a lot worse.

Sources on the scene tell TMZ … the “Hellboy” star was on set of his upcoming film, “The Last Victim,” Friday when the accident occurred. They were shooting at the Okanagan Indian Band in British Columbia.

We’re told the driver of the truck mistakenly hit the gas instead of the brake and accelerated past where it was supposed to stop … sending the crew scrambling to safety. Our sources say at least one person was struck and was on the ground being tended to by others until emergency workers arrived.

As of now, it’s unclear who was driving the vehicle, but according to witnesses … Perlman was visibly shaken up afterward and seemed to be “in shock.”

Law enforcement tells us police were called to the scene for a work-related accident Friday morning, and one person suffered a minor foot injury. Nobody was transported to the hospital, though … and the incident was referred to WorkSafeBC, a workplace safety agency for the Canadian province.

WorkSafeBC tells us it’s aware of the incident and an investigation is underway. It adds that it assigned one of its Prevention Officers to go to the set the following day, which was the last day of filming.

Our sources say Perlman also returned to set that day.

I’m spending this Thanksgiving Day shooting a low budget independent film in Canada. And I couldn’t be more grateful!

“The Last Victim” is a neo-western with Ron starring as the local sheriff. The movie costars Ali Larter and Ralph Ineson … it’s unclear of either of them were on hand for Friday’s incident.

We reached out to Perlman and various producers of the movie … no word back so far.