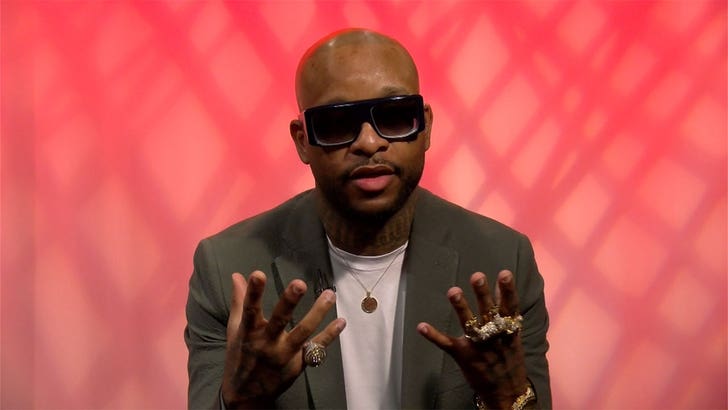 Royce da 5’9″ is opening up about how therapy sessions are helping him grow … and he’s trying to spread the word to improve other people’s lives, as well.

The Detroit rapper has a new album out, and he gets pretty personal on it. One track, “Hero,” is a lyrical shout-out to his father and their relationship … something therapy’s helped him better appreciate.

Royce acknowledges most people — especially in the black community — have preconceived notions about sitting down and opening up to a therapist. He wants to remove that stigma, because he believes a lot of people have the wrong idea.

His new album, “The Allegory,” comes out Friday, and he’s already talking about the lead single, “Overcomer” — “I want to spread the message for people to know it’s ok to be themselves. I especially want this new generation of artists to understand it always works out best when they are true to themselves.”

Royce told us therapy should be mandatory in the music biz — ’cause artists need help navigating sudden fame. As for non-celebrities? He thinks counseling is seen as an “amenity” … a luxury for which they either can’t or don’t want to pay.

The rapper says he’s going to use his platform to change that, because we all need to start taking care of each other.