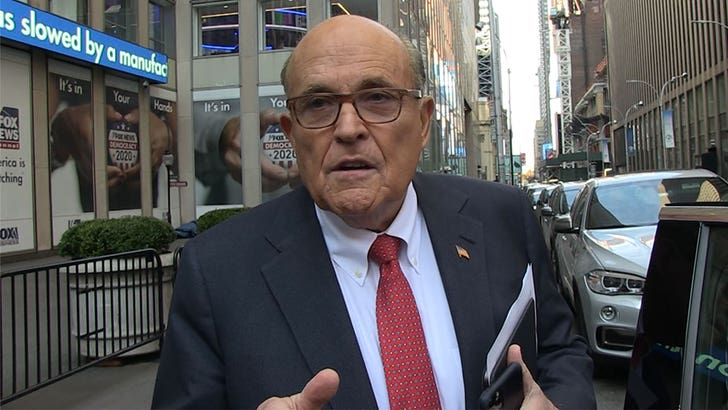 Pete Rose belongs in the Hall of Fame ’cause he’s one of the greatest baseball players ever, and Cooperstown ain’t the morality police … so says Rudy Giuliani.

TMZ Sports talked to the former NYC mayor (and Donald Trump‘s attorney) in the city on Sunday … and asked him about the president’s Tweet imploring baseball to put Rose in the HOF. 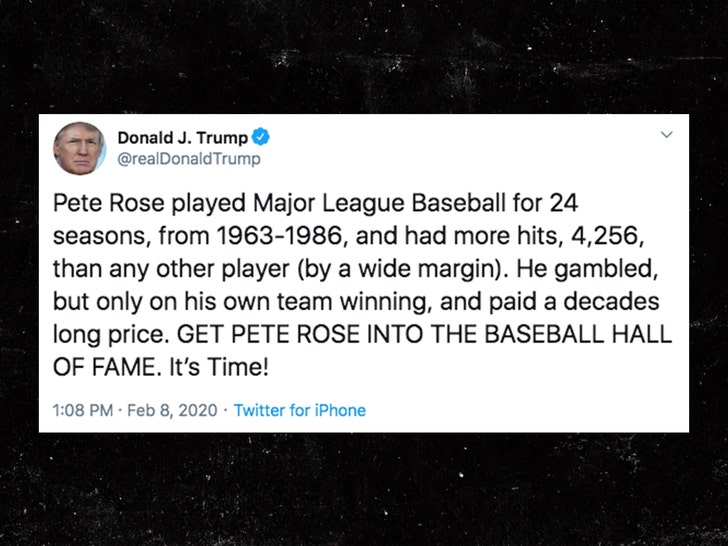 Giuliani doubled down on Trump’s message … saying “Charlie Hustle” has more than paid the price for betting on baseball — a cardinal sin in MLB — over 30 years ago.

“I’ve long believed that Pete Rose has been left out long enough to make up for whatever he did wrong. It is a Hall that’s supposed to recognize baseball accomplishments. He’s one of the best of his era.”

Giuliani went on to say the National Baseball Hall of Fame is full of guys who weren’t the best people off the field … but the HOF is about playing ball, and nothing else.

“So, it gets a little silly when we use it as a justice system.”

It’s a long shot, but Rose’s standing within baseball could be changing … ’cause just last week, he petitioned MLB commish Rob Manfred and requested reinstatement.

Major League Baseball has not yet ruled on Rose’s petition.