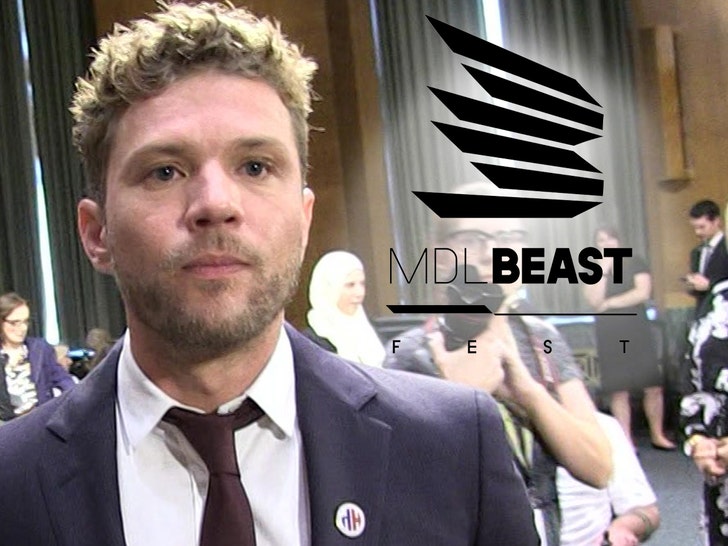 Ryan Phillippe and a bevy of other high-profile stars are catching tons of flak for promoting a Saudi Arabia event — but Ryan is digging his heels in and going to bat for the nation.

Here’s the deal … Ryan and a bunch of other stars like Sofia Richie, Armie Hammer, Irina Shayk, Scott Disick and other models and influences all went to this music festival called MDL BEAST in SA over the weekend, and they all seemed down to plug the hell out of it.

Ryan was in a festive spirit, as he rocked traditional Saudi headgear and face paint. While he called it a “cultural exchange,” others found it offensive … for more reasons than one. 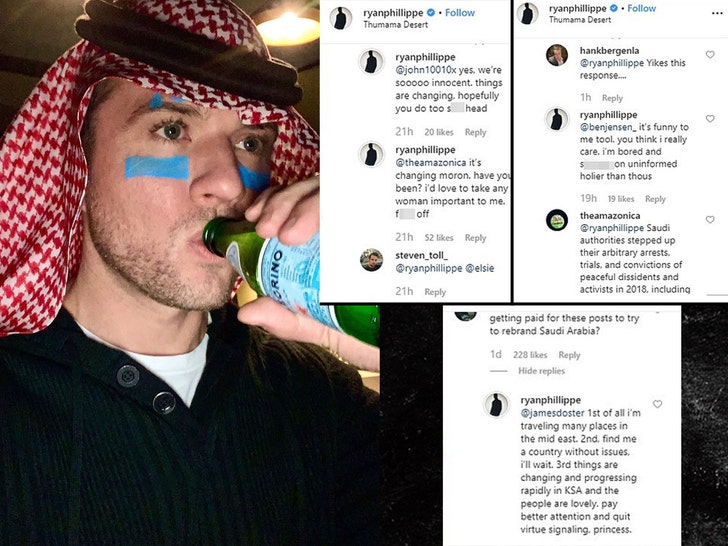 The “Cruel Intentions” star’s Instagram comments got flooded with people shaming him for promoting a country that’s known for their human rights violations — especially against women and the LGBTQ community, not to mention journalists they don’t like.

Ryan didn’t seem to care much about all that though — he fired back early and often.

He responded to several of the comments — and his message was basically this … the country’s changing, bro! He doubled down in his support of Saudi Arabia, saying he’d feel good about bringing any woman who was important to him for a visit. 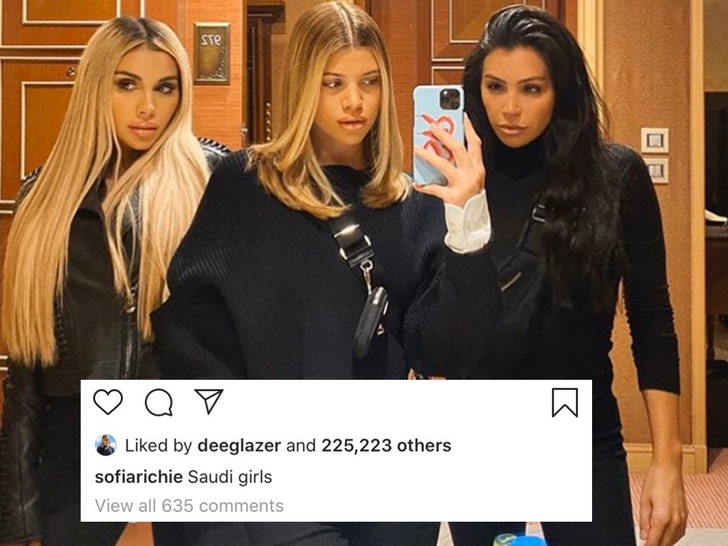 On the other side of things, Sofia also caught tons of backlash for what many deemed tone-deaf posts, including one of her and two other ladies, which she captioned as “Saudi girls.” The caption has since been deleted, but Sofia was all over the place touting SA and MDL BEAST.

Ditto for Armie, who likened the event to “Woodstock in the 1960’s” and going on to say that he felt things were progressing and moving forward there. Similar messages from most everyone else too, BTW … who all probably got paid a pretty penny to do this.

Emily Ratajkowski sounded off on the issue, saying she actually turned down payment because she felt the country’s practices don’t line up with her principles.