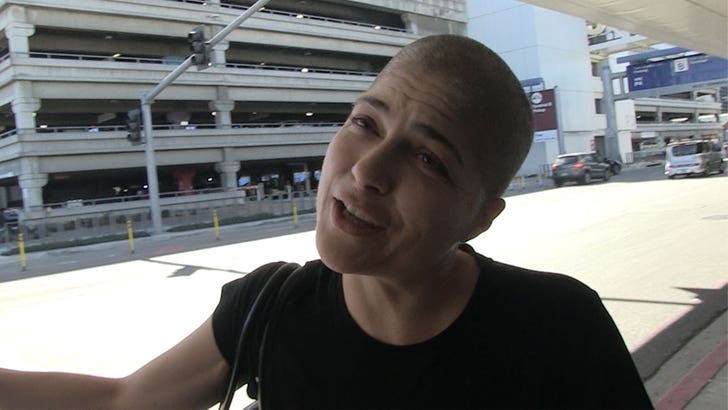 Selma Blair says she’s coping pretty well with her multiple sclerosis a year after being diagnosed, but she got choked up talking about her battle helping others.

We got Selma Monday at LAX, where our camera guy told her just how big of an inspiration she’s become since going public with her MS diagnosis. He’s not wrong … she’s shared her highs and lows with her fans.

She tells us she’s actually doing well with her treatments — which have included chemo and a stem cell transplant — and that, despite her sometimes choppy speech, she’s generally been doing great. Selma revealed the toughest part of her public appearances now.

She also opened up about continuing to act. As our guy puts it, she’s become a powerful voice for other MS patients. She’s still acting FWIW — Selma was just featured in the new Netflix show “Another Life.”

Selma says she hopes she can keep going because she believes it’s important for folks to see people with MS and understand … there’s room for all.

It’ll just take one secret ingredient from folks … and Selma shares that with us.