The world premiere of the ninth film in the main ‘Star Wars’ saga did not disappoint — with epic entrances by everyone from Adam Driver and Daisy Ridley to Harrison Ford and Mark Hamill … and, of course, their robotic and hairy friends.

Countless fans in cosplay lined up outside the Dolby Theatre in Hollywood Monday night as Stormtroopers marched into the ‘Rise of Skywalker’ event, followed by beloved droids C-3PO and R2-D2. 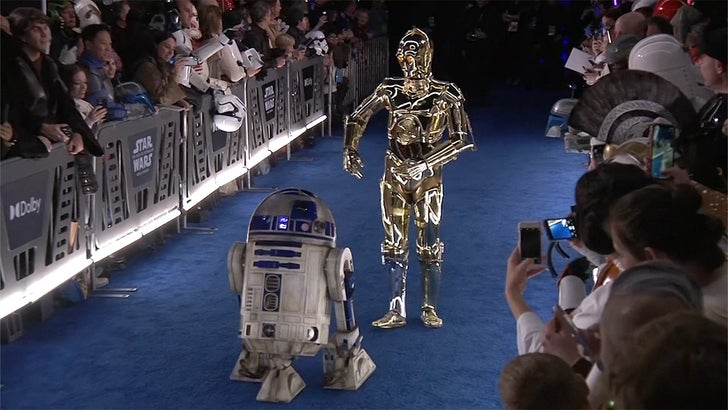 Not to be outdone … BB-8 rolled in with franchise newcomer D-O, an excitable little droid who looked very happy to be there. Of course, Chewbacca always steals the show when he shows up.

John Boyega, director J.J. Abrams and Billy Dee Williams were also at the premiere — ’cause it ain’t a party until Lando shows up. As for how the finale of the franchise’s third trilogy was received — cheers reportedly erupted throughout the screening, and the audience rose to its feet for a standing ovation after the credits rolled.

As we reported … ‘Star Wars’ enthusiasts have camped out for days in Hollywood in anticipation of the world premiere event and its arrival to theaters Friday.

From the looks of it … we have a feeling this movie might make a few bucks.