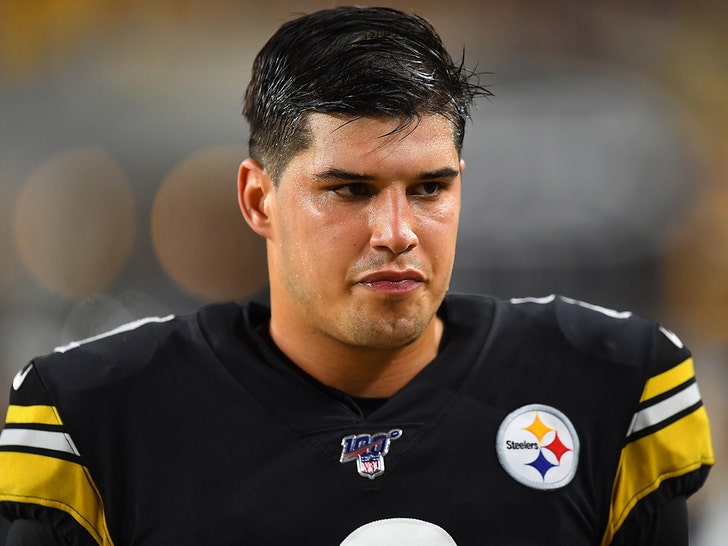 Looks like the NFL isn’t letting the Steelers’ quarterback, Mason Rudolph, off the hook in the fallout from the fight he was involved in with Browns player Myles Garrett.

According to Ian Rapoport of NFL.com, a source is saying that Rudolph has been hit with a $50,000 fine for his role in the brawl from last Thursday. Reportedly, other players will be and already have been fined — including some who left the bench at the time.

#Steelers QB Mason Rudolph has been fined $50,000 for his role in the #Browns–#Steelers fight last Thursday, source said. Other players will be and have been fined, including those who left the bench area.

It doesn’t sound like Rudolph will be suspended though — based on Rapoport’s early reporting, it appears he’s just getting knocked financially. BTW, he signed a 4-year contract with the team last year for $3.9 million … so this is like a slap on the wrist.

It’s interesting that these punishments are being handed down so late, considering the Rudolph-Garrett fiasco has been the talk of pro-sports for about a week now. At first, people thought Rudolph would get through this unscathed — but clearly, that didn’t happen.

Of course, Garrett was suspended indefinitely, which he appealed … but the NFL’s penalty was ultimately upheld.

Funny enough, tons of people — including prominent members of the media — made note of Rudolph seemingly escalating things on the football field when he was aggressively taken down by Garrett on a last-second play to end the game. Many have said he purposely put his cleat into Garrett’s groin and then went after him when he got his helmet taken off.

Adding insult to injury, Garrett came out just this past week to claim Rudolph hurled a racial slur at him, which prompted him to swing the helmet. Rudolph denied that, and the NFL also publicly said it found no evidence of any such slur in their investigation.

Makes ya wonder if the league caved to public pressure and doled out this late punishment to make things look a little more even now that everyone’s spoken their piece on it.