Tekashi 6ix9ine‘s loved ones are going to bat for him, trying to convince the judge he’s more than just a great snitch, but also a misunderstood, kindhearted and charitable kid … worthy a much shorter prison sentence.

The rapper’s mother, brother, girlfriend and bodyguard — along with nearly 30 other people — submitted letters to Judge Paul Engelmayer asking for leniency in his sentencing next week. In her letter — obtained by TMZ — Mama 6ix9ine, Natividad Perez-Hernandez, says her boy is humble and a good person, and not the guy he’s portrayed to be in the media.

Natividad describes Tekashi — sorry, Daniel Hernandez — a sweet, God-fearing boy, and even says his fave Bible passage is Psalm 121 (“The Lord will keep you from all harm”). She also says he was a very athletic kid, so much so … a baseball scout wanted to sign him!

Mom added, “Danny” provides for his entire family — including her, his brother and his daughter. She calls locking him up as an “injustice” because the whole family needs him for financial and emotional support … especially 6-year-old Saraiyah who “adores him.” 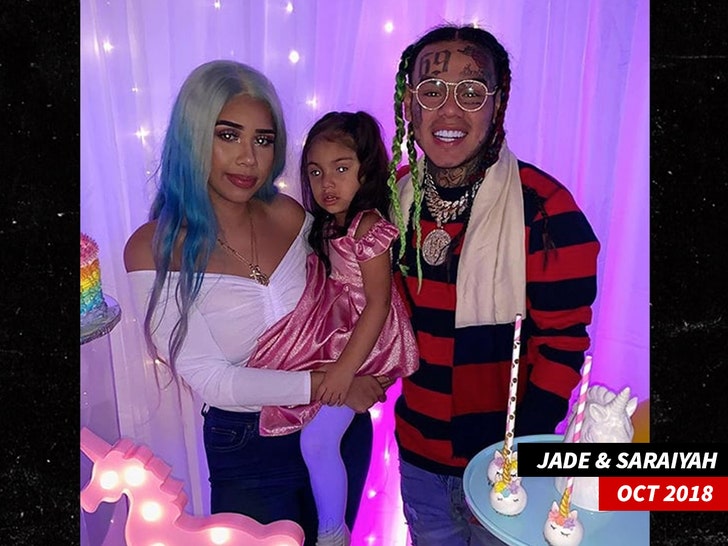 The bodyguard, Sam Sprouse, calls Tekashi “one of the most amazingly talented, surprisingly humble and seemingly most misunderstood kid” he’s ever known. He also suggests his old boss just got caught up with the wrong crowd, and is far from a gangster.

Sam promises the judge he will personally take Tekashi under his wing to make sure the rapper is surrounded by good influences and “stays on a path of Redemption.”

Tekashi’s GF, Jade, and his older brother also offer letters vouching for him … touting his goodwill, and the positive impact he has on those close to him.

As we reported … 6ix9ine already submitted his apologetic letter to Judge Engelmayer, conveying how regretful he is and his optimistic plan for the future — if given the chance.