The woman who allegedly stabbed ex-NFL star Terrelle Pryor appeared to have SMILED in her mug shot as she was being processed for attempted homicide!

Check out 24-year-old Shalaya Briston — who was arrested Saturday morning after she allegedly stabbed 30-year-old Pryor during a fight at their Pittsburgh apartment.

Cops say they noticed a bruise on Briston’s nose at the time of her arrest — allegedly caused during the fight with Pryor — but it’s hard to see in the mug shot.

According to court docs, obtained by TMZ Sports, a female witness told police Pryor was the aggressor and had been waiting for Briston after she went clubbing with friends. 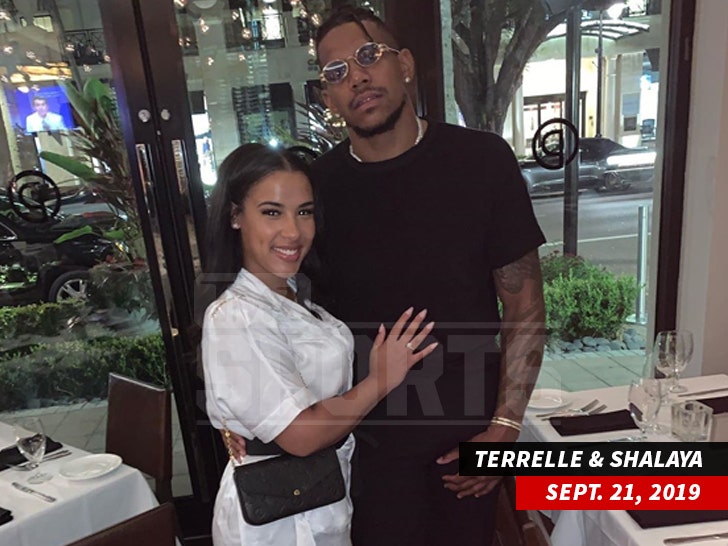 The witness says Pryor “tussled” with Briston and it spilled into the kitchen — where 5’6,” 150-pound Brison allegedly grabbed a sharp object and stabbed 6’4,” 220-pound Pryor in the chest.

Briston and her friends drove Pryor to the hospital where he underwent emergency surgery.

Cops say one of the witnesses was overheard saying Briston was “just defending herself and added, “We should have just let him die.”

Jail officials tell us Briston is currently in police custody at the Allegheny County Jail and bail has been denied.

She has a hearing scheduled for later this month.

As we previously reported, Pryor and Briston have been dating for about a year — and a witness told police their relationship has been “volatile at times” and that Pryor is “always putting his hands on Ms. Briston.”