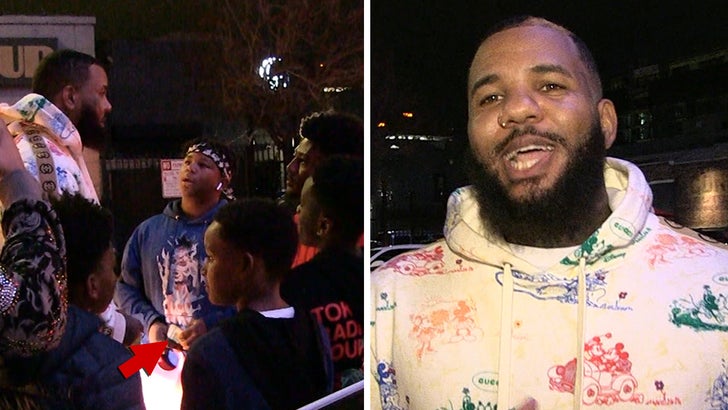 The Game helped some kids out of a jam with police that left everyone happy … but he had to shell out some cash to make it happen.

The rapper was leaving Beauty & Essex restaurant Sunday night when he noticed officers were speaking to a group of kids nearby who were selling candy on the sidewalk.

We’re told another business in the area called the cops and reported the kids for trying to make a buck — AKA soliciting — and rather than see them get in any sort of trouble, Game took matters in his own hands.

He handed out enough cash to cover the amount of candy they were selling, and even better — he let them keep the treats, as well.

The Game told us he was “giving jewels to the youth” so they didn’t get hit by the “boys in blue,” and he likely would have elaborated more, but fellow rapper Freddie Gibbs crashed our clip.

Sounds like Freddie’s not a fan of the kids getting hassled either.