Tito Ortiz Wants to Fight Jon Jones, ‘I Think I Could Beat Him’ 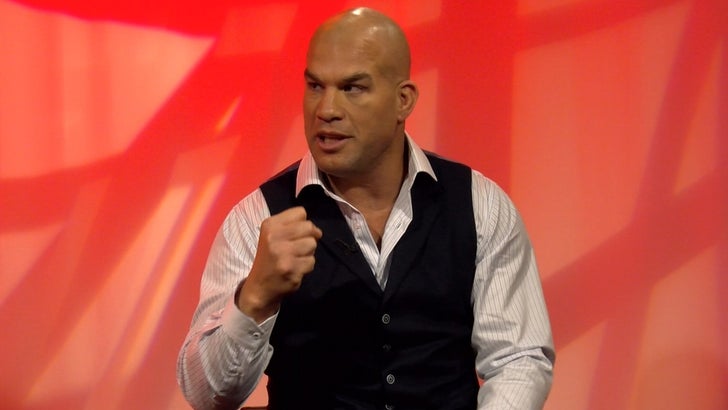 He’s 44-years-old … but Tito Ortiz says his fight game is BETTER than ever — and he wants to prove it against Jon Jones.

Tito has been training his ass off for his Dec. 7 MMA clash with ex-WWE superstar Alberto Del Rio and says he finally feels healthy, clear-minded and strong.

Of course, Jones is only 32 and hasn’t really lost a fight since turning pro — he’s widely considered one of the greatest UFC fighters ever!

But, Ortiz says Jones ruined his shot at being the G.O.A.T. — “He tarnished his career so many times, so much stuff he did in and out of the cage. Bums me out because I love the guy, man.”

As for the critics who say Tito’s too old hang with a guy like Jones, Tito has a message for them too …

“Come to my camp. Come train with me. Come wrestle with me. Come do Jiu-Jitsu with me. Watch me weight train, watch my biking … I’m doing amazing, my mind’s in the right place.”

There’s A LOT more in the raw video (see below) … Tito talks about his issues with Dana White and why he’s down to squash the beef with the UFC once and for all.

He also talks about his rivalry with Chuck Liddell, his upcoming movie with Bruce Willis … and his dreams of becoming a WWE superstar down the road!