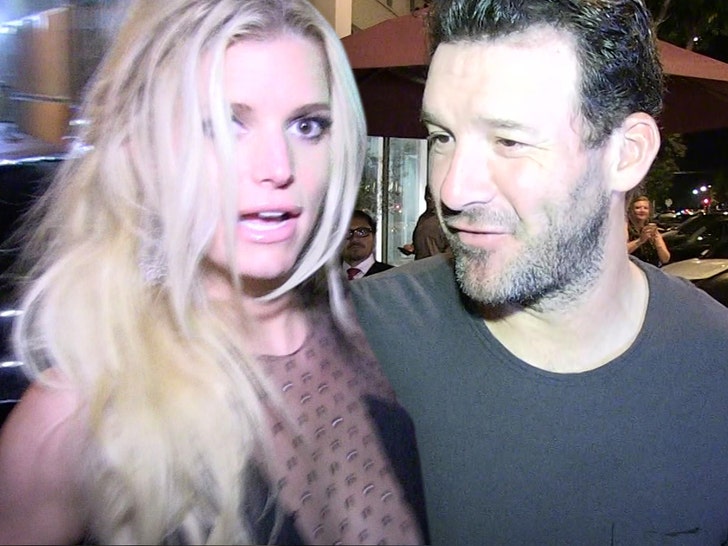 Tony Romo used EMAIL to break up with Jessica Simpson back in 2009 — and it was all because he was pissed she had reconnected with ex-BF John Mayer.

Simpson spells out the whole thing in her new book “Open Book” — in which she finally breaks her silence on the demise of her 2-year relationship with the former Dallas Cowboys QB.

“[Tony] accused me of seeing John behind his back. I hadn’t cheated on Tony at all, but I could not lie and say I hadn’t even seen him.,” Simpson said.

“Tony didn’t believe that for a second. And within that second, he broke up with me right there. Two years, gone with an email.”

Simpson says she knew Romo wouldn’t blab to the media about the real reason for the split because “it would imply that he wasn’t enough for me.”

Jessica says eventually “Tony soon realized I was telling the truth. Of course I didn’t cheat on him.”

“But our breakup had been so ugly that it shocked me into realizing it had been necessary.”

As for Mayer, Jessica claims the musician made a full-court press to put a ring on it.

“[John] had said all these things, practically asking my parents for my hand in marriage while I was in a serious relationship. Swearing to me up and down that he was a changed man.”

“Now here I was, ready to pledge my love back, and to kiss him as the curtain came down. And it fell on my head … All this time, all those years, he was breaking up with me to torture himself enough to get good material.”

In other words, Jessica was convinced John just wanted to try to be with her so he could get content for his music.

“It felt inevitable to be in love with John, so I continued talking to him for months. But I knew now not to let him get close enough to shoot me down again.”

And Mayer moved on to Jennifer Aniston, Taylor Swift and Katy Perry. But he’s currently single.

Fun Fact — Jessica famously bought Tony Romo a $100,000 boat as a birthday present before they broke up … but told TMZ at the time she wasn’t going to ask for it back!