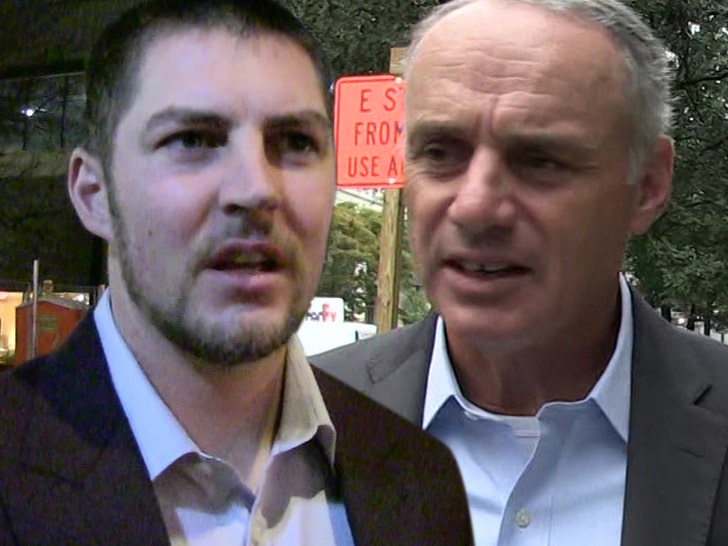 If you missed it … a report Monday claimed Manfred and other MLB officials were considering changing baseball’s postseason.

The report claimed the MLB wants to expand the number of teams in the playoffs from 5 in each league to 7 … while changing up the way teams are seeded and adding in a first-round bye for top teams as well.

How do you all feel about MLB’s possible changes to the postseason format in 2022?

▪️ 7 teams make playoffs in each league
▪️teams with the best records pick their playoff opponents.
▪️top seed gets first round bye
▪️no winner take all Wild Card game, best of 3 series instead

Bauer — a Cincinnati Reds ace — saw the reports … hated them … and then took aim squarely at Manfred on Twitter.

“No idea who made this new playoff format proposal, but Rob is responsible for releasing it, so I’ll direct this to you, Rob Manfred,” Bauer said.

“Your proposal is absurd for too many reasons to type on twitter and proves you have absolutely no clue about baseball. You’re a joke.”

It’s unclear why exactly Bauer hates the alleged proposal — he wouldn’t elaborate — but the new rules reportedly wouldn’t take place until at least 2022.

And, with approval still being needed from the MLB Player’s Association, it’s possible it might never happen. Which apparently would make Bauer REALLY happy.