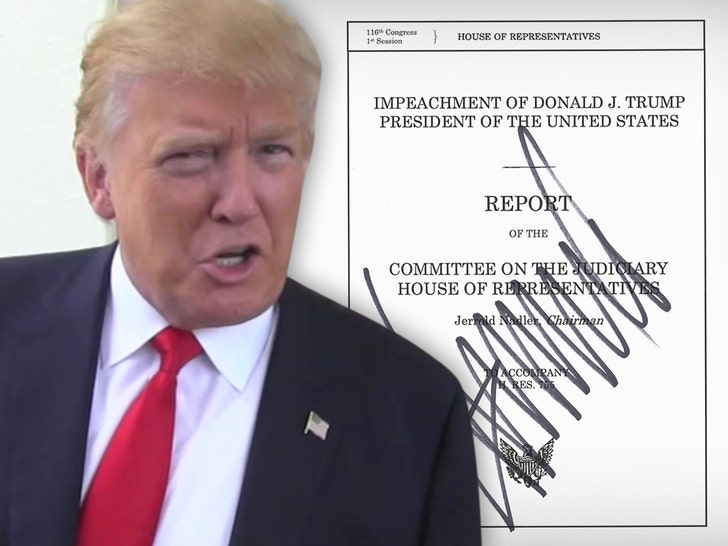 President Trump signed and delivered the 2 articles of impeachment against him … to a guy who duped 45 into a very valuable autograph, which he’s trying to hawk for big cash.

The Prez held a rally last month up in Battle Creek, MI and at one point, he apparently signed a paper handed to him by someone in the crowd. That signature, as it turns out, was scrawled on a copy of the House of Representatives’ impeachment document.

We’re told the guy who snagged the autograph printed out the report the day before the House formally voted to accuse POTUS of high crimes. 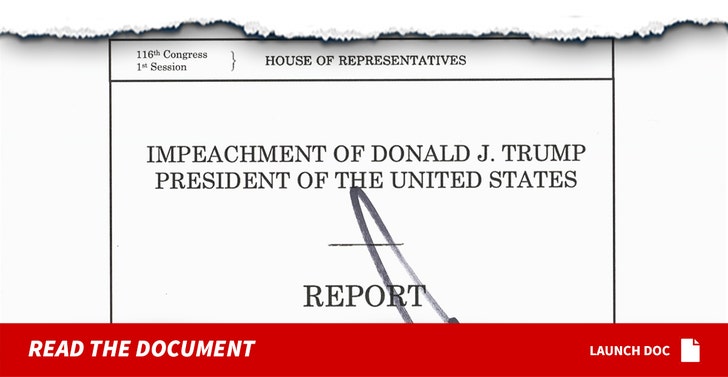 Now, this fella’s partnered up with Goldin Auctions … which we’re told is expecting to get anywhere from $50k to $100k, with an opening bid of $4k. It’s up for grabs on their site from Jan. 20 through Feb. 22.

It’s funny … a similar item featuring Trump’s John Hancock made its way to the auction block last month — an unwittingly signed copy of Trump’s Oath of Office from a Pennsylvania rally.

Autograph seekers ain’t complaining, but DT might wanna be more careful where he waves his pen in public.