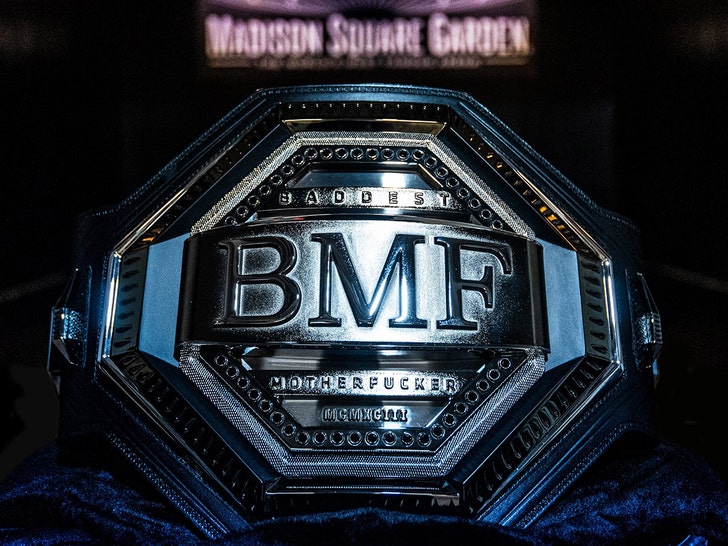 Here it is … the official “Bad Mother F*cker” belt!

UFC honcho Dana White just revealed the new “BMF” belt which will go to the winner of the Nate Diaz vs. Jorge Masvidal main event fight at UFC 244 on Saturday.

White had the belt custom made for this fight after Nate said the bout would determine the real baddest mofo in combat sports.

Dana says the belt cost around $50,000 to make — and it’s engraved with the words, “Baddest Motherf*cker.”

White has previously said the belt is a one-time thing for this specifric fight — but there are a bunch of fighters who have said they’d love to get a crack at it … so, we may not see the last of it after Saturday.

As far as the fight goes, Diaz is the #7 ranked welterweight and Masvidal is #3. The current champ in that division is Kamaru Usman.

As we previously reported, Dwayne “The Rock” Johnson will be at the fight to give the belt to the winner. President Donald Trump and Patriots owner Robert Kraft are also expected to attend.