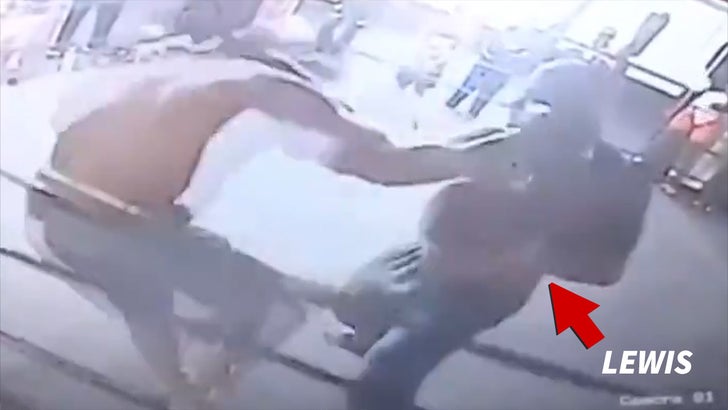 This was no Mayweather vs. McGregor …

UFC superstar Derrick Lewis told a boxer to PUT UP OR SHUT UP during an argument about MMA vs. boxing … and the results did not go well for DL’s opponent.

The 34-year-old heavyweight says he was working out in the gym on Wednesday, when the other man said, “He will knock me out because I’m a MMA fighter.”

Lewis, not one for boring debates, told the guy to strap on the gloves and get in the ring … and the rest — well, just watch.

Lewis beats the guy up so badly, he almost punched him THROUGH THE ROPES!

Of course, Lewis — aka “The Black Beast” — is known as one of the toughest dudes in all of combat sports … beating guys like Francis Ngannou, Alexander Volkov, Travis Browne and Roy Nelson.

Think he’s gonna back down from some no-name boxer in a gym fight?!?!?