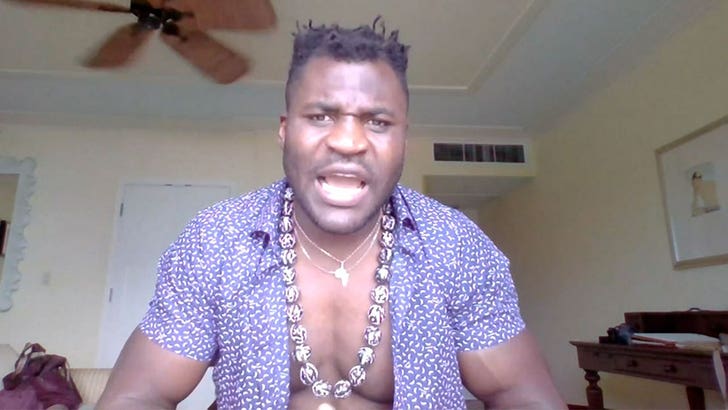 If Jon Jones really wants a piece of Francis Ngannou, The Predator tells TMZ Sports he’s 1 million percent down to clash with the UFC superstar!!!

Of course, it’s not that simple … Jon’s the light heavyweight champ and currently fights at 205 lbs. Francis is the #2 ranked heavyweight … and negotiations haven’t even gotten started yet.

But, Ngannou says the bottom line is that he’s game … IF Jon’s serious about moving up a weight class and actually signing on the dotted line.

“Listen, let’s be clear about something. If that’s what you want to know, if I would fight Jon Jones if he goes up to heavyweight, of course. I would say the same thing as he says, it’s inevitable if Jon Jones goes to heavyweight. I’m gonna fight him.”

Francis is referring to a tweet Jones sent Tuesday night … when a fan asked him if he could ever imagine himself fighting Ngannou.

Jones — who recently said none of the light heavyweight contenders excite him — responded … “I feel like that fight is inevitable.”

During our conversation with Ngannou, he also revealed the UFC offered him a crack at Alexander Volkov on November 9 — with only 18 days notice — but says he rejected the fight ’cause he didn’t have time to prep and fighting a lower-ranked guy didn’t make sense. 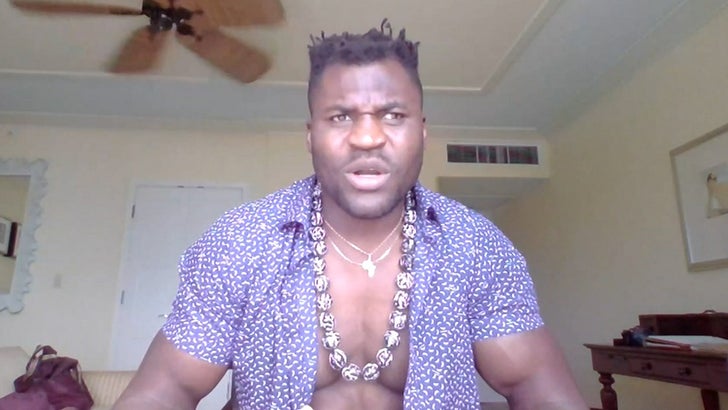 Greg Hardy — who we spoke to about the match on Tuesday — ultimately accepted the fight.

While he waits, Ngannou — coming off KO’s of Curtis Blaydes, Cain Velasquez and Junior dos Santos — is clearly frustrated with the UFC … ’cause he thinks they’re dragging their feet booking him a fight.

“I just want to tell the UFC to pay me some respect and give me a damn fight, that’s what I’m asking for. I was expecting to have a fight by December to make my Christmas and New Year for my family,” Francis tells us.