Urban Meyer Attends State of the Union, ‘I Wish They Would Come Together’ 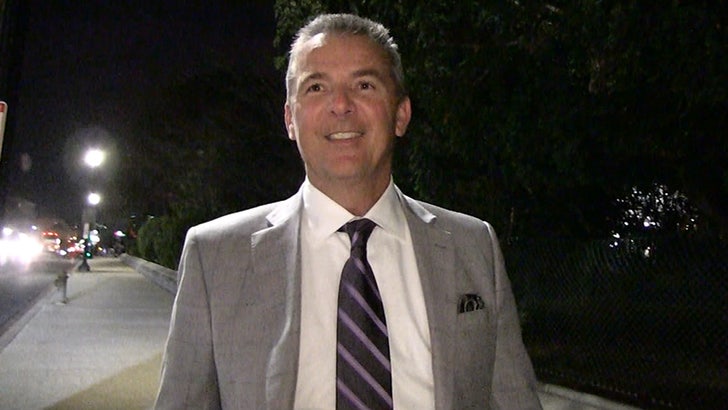 Did you see Urban Meyer at the State of the Union on Tuesday? Yep, he was there … and he wishes the Democrats and Republicans would play nice already.

And then Coach Urban Meyer showed up for the State of the Union. @wusa9 #SOTU2020 @DarrenMHaynes pic.twitter.com/lPVX0eOmWB

So, how did Urban feel when Trump dissed Nancy Pelosi‘s handshake … followed by Pelosi’s tearing up of Trump’s SOTU speech?

“Yeah, you wish they would just move on and come together and try to get work done,” Meyer told us on Capitol Hill.

Last night, while Trump was concluding his pathetic address, Speaker Nancy Pelosi ripped up her copy. Good for her. #SOTU #NancyPelosiROCKS pic.twitter.com/dRyMOZ6euE

We asked if the political rivalry reminded him of Ohio State vs. Michigan — he gave a pretty solid answer.

“The one thing about Ohio State and That Team Up North is always great respect. We don’t like each other. We play hard. But there’s always been great respect.”

There’s more … Meyer also told us he has NO PLANS to return to coaching, despite rumblings he was interested in a few high-profile jobs.

We asked if there was a possible career in politics — but he shot that down too.