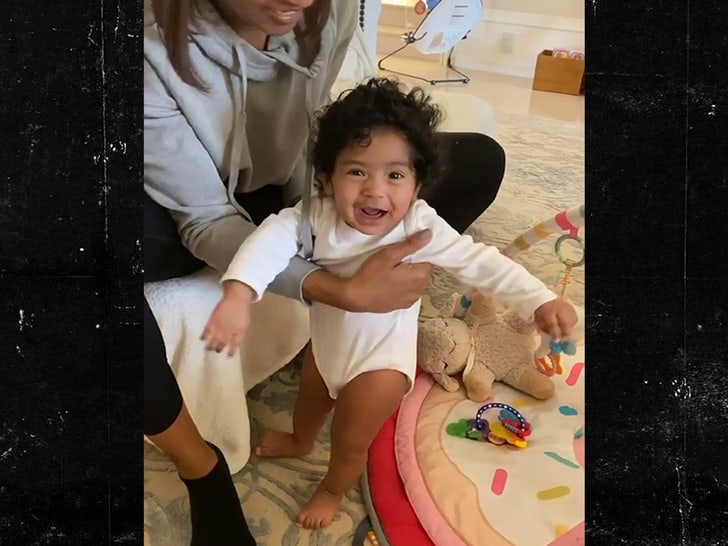 Kobe Bryant‘s youngest daughter is already learning to stand up on her own two feet — and her mom, Vanessa, is right there capturing every adorable moment of it on camera.

7-month-old Capri Kobe is the star of Vanessa’s most recent IG post, impressively attempting to get up from the floor with the help of her aunt — Kobe’s sister, Sharia Washington. It’s so freakin’ cute, honestly … the joy both Vanessa and Capri share is a sight to behold.

VB captioned the video, “My Koko Bean. She looks just like my Gigi. ☀️💗auntie Ri-Ri. #7months.” You hear Vanessa cheer the kid on as she gets up twice in a row from a seated position … the baby loves the encouragement, giggling and eager to try it again.

As tragic as the loss of Kobe and Gigi must be on the Bryant family right now, it’s great to see Vanessa in good spirits. She’s been fairly open on social media thus far, capturing Gigi’s jersey retirement as well as capturing the Lakers’ tribute in Staples Center.

As we reported … Vanessa announced Kobe and Gigi’s memorial is going down on Feb. 24 at the house her husband helped build through his NBA career. It’s almost guaranteed to be a sold-out event — Staples seats 20,000 … and you can count on a packed house.