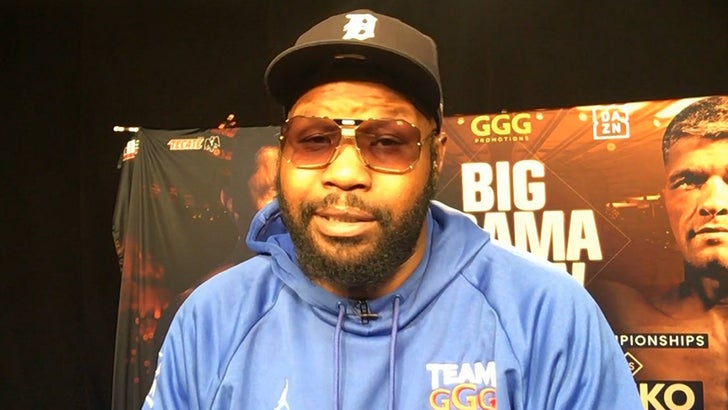 The crowded heavyweight boxing landscape might have to make some room for an old tenant … because Wladimir Klitschko might be making a return, according to his trainer.

We talked to Jonathan Banks, the man who trained Klitschko, and is training GGG for his huge fight this weekend against Sergiy Derevyanchenko Saturday night, and Banks hinted to us that Klitschko is contemplating a return.

“After a conversation with him like a week ago maybe, now I can say anything’s possible.”

Wlad’s last two losses are to Tyson Fury and Anthony Joshua, and he wasn’t dominated in either fight, as a matter of fact, he dropped AJ in their fight, which was an all-time classic.

WK is 43, making him much older than the dominant heavyweights today, but still, if you watch Banks talk, it seems he believes Klitschko can do it.

“Whatever his mind is made up to do, he’s doing.”