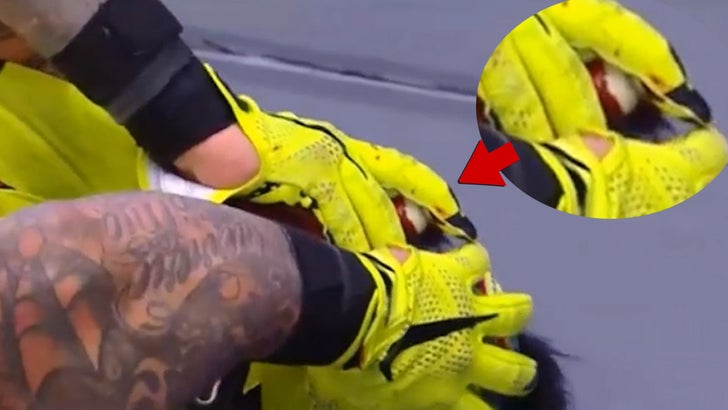 It was like a scene outta ‘Kill Bill’ — a WWE superstar had his eye popped out of his head on live TV!!

And, just like that scene in ‘Kill Bill’ — it was totally scripted and not real!!!

Still kinda gross/cool though … that is, if you dig content involving a detached eyeball!

Here’s the deal … Rey Mysterio was taking on Seth Rollins on Sunday in a match dubbed the Eye For an Eye at an event called The Horror Show.

Rollins took control and shoved Rey’s eye into the corner of the steel steps — and the POP GOES THE EYEBALL!!!

It wasn’t exactly as violent and gory as when Pai Mei snatched the peeper from Elle Driver’s head … but still, gnarly!

Rollins — playing up the moment — was so “grossed out” by the bloody eyeball forced himself to BARF! So gross!!

Don’t worry, Mysterio was tended to by “paramedics” at ringside … and if we were to guess, his eyeball is probably going to be okay.