WWE’s Triple H Says ‘Ronda Rousey Will Be Back’ 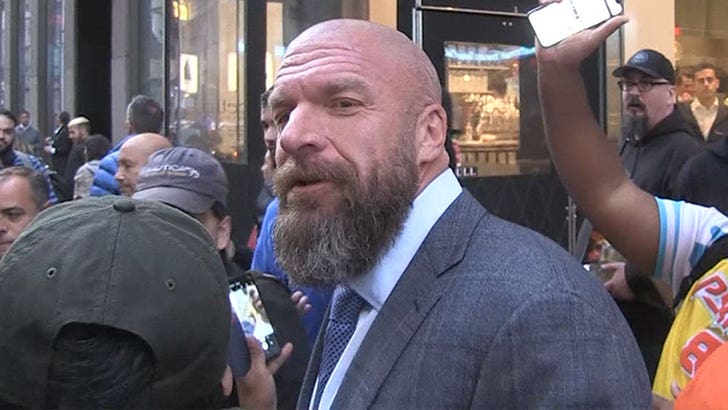 That’s according to WWE honcho Triple H, who says the superstar just has a lot going on right now.

Ronda hasn’t been inside the squared circle since WrestleMania back in April — since then, she’s been shooting TV shows and taking time to begin family planning.

Some people are worried we’ve seen the last of Ronda as a wrestler — but The Cerebral Assassin says, “She’ll be back at some point. She’s just getting a lot done.”

There’s more … Triple H hit on a bunch of topics while out in NYC.

— Will 50-year-old Triple H get back in the ring and wrestle again?

“It all depends. Hopefully not. I’m too busy right now to try to. It’s a lot of work to get in the ring. Still training all the time, but a lot of work.”

“I’m sure he’s got a lot left to do in the boxing world. He’s got Deontay Wilder coming up at the beginning of the year … but never say never. He’s custom-made for what we do, right??”

One issue with Tyson Fury … after this clip was shot, Fury reportedly injured his ankle in a WWE training session. Scripted injury? Maybe. But, maybe not!

Triple H was also asked about the possibility of “NXT Japan” … and the WWE honcho definitely didn’t say no.