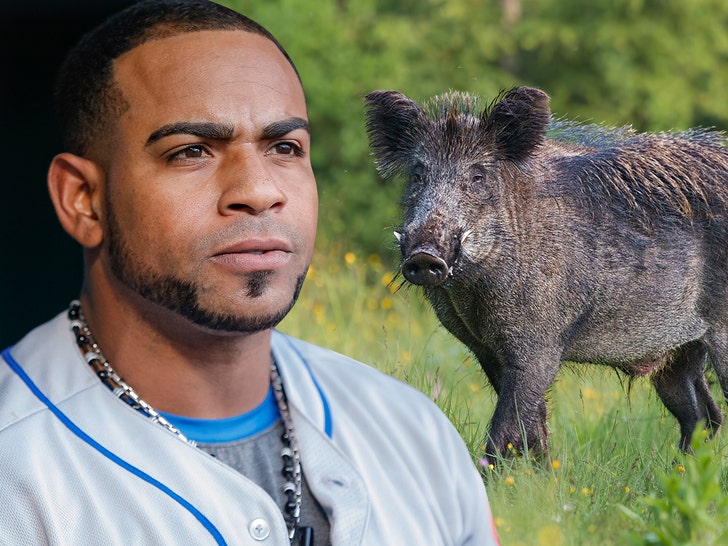 Bombshell report Friday … an altercation with a wild boar was allegedly the reason NY Mets star Yoenis Cespedes broke his ankle last year — and the story is NUTS!!

The season-ending injury the outfielder suffered in May last year happened when he got into a tussle with a boar on his Port St. Lucie ranch, according to the New York Post.

Cespedes — who has traps set up on his property to keep wild pigs away from humans — was allegedly startled when one of the boars got loose.

According to the report, Cespedes stepped in a hole in an effort to get away from the animal … ‘causing a nasty break in his ankle.

Of course, Yoenis was recovering from double heel surgery at the time … so the injury essentially ended all hopes of the slugger returning to the lineup last season.

The Post says officials from both the Commissioner’s Office and the MLB Players Association stopped by Cespedes’ ranch after the incident to confirm the wild story actually went down.

It’s still unclear if Cespedes will be healthy enough to take the field to start the 2020 season … but the Mets were able to get him to take a pay cut regardless, re-inking the 2-time All-Star to a restructured deal that could cost Cespedes MILLIONS.

Yoenis — who has been rumored to be a potential trade candidate this offseason — is a STUD when healthy … hitting 163 home runs in his 826 career games.