Zoe Kravitz Cast as Catwoman in ‘The Batman,’ Still Too ‘Urban?’ 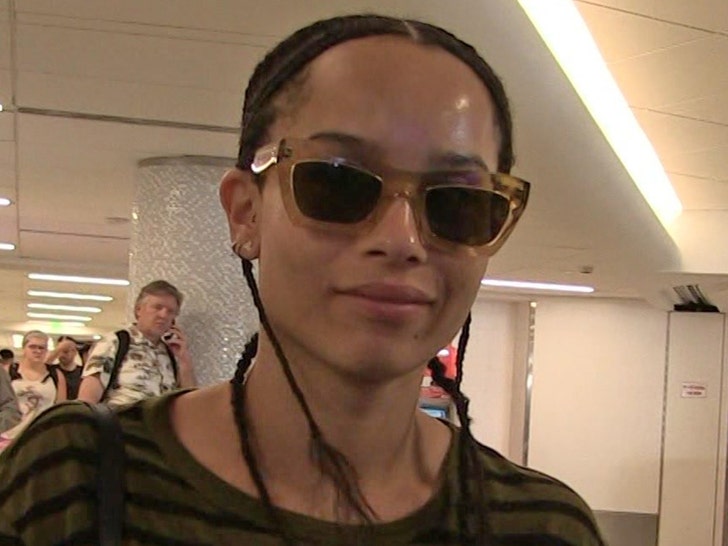 The cat’s outta the bag — Zoe Kravitz is playing Catwoman in the new Batman movie … which is interesting, considering she was allegedly too “urban” for Christopher Nolan‘s take.

The news broke Monday, with multiple outlets reporting that Zoe had landed the role after testing out some scenes last week opposite heartthrob Robert Pattinson — who’s donning the cowl next in Matt Reeves‘ “The Batman” … which is hitting theaters in 2021.

The ironic thing about Zoe’s casting here is that she told Nylon back in 2015 that she couldn’t even get an audition for Nolan’s last Batman flick, “The Dark Knight Rises,” which she attributed to her race. That’s not out of the clear blue sky either.

Zoe said she was basically blocked from even reading for a small role in the movie, allegedly being told that somebody had said they weren’t “going urban” with the last installment.

It’s unclear what exactly that even means, or what role Zoe was trying to nab at the time — but this has gotta be the ultimate revenge, right??? BTW, Anne Hathaway played Catwoman in Nolan’s version — but there’s been a couple of black women who’ve portrayed the character.

Now, it looks like Zoe’s gonna have a crack at the role — and based on what we’ve seen from her over the years in the drama department, she’ll probably kill it.

Eat your heart out, haters.